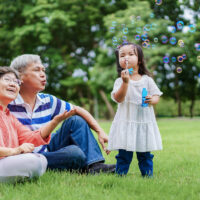 We assume as a general matter that children are better off being raised by their own parents, as opposed to grandparents, other family members, or well-meaning friends.  Not all parents, however, are fit to raise a child.  If parents leave a child malnourished, if they expose their children to criminal activity or drug use, or if they are abusive, then the best interests of the children may lie outside the home of their parents.  Does New Jersey law allow anyone to challenge the custody rights of a child’s lawful parents?  If so, who can bring such a challenge, and what must they prove?  Continue reading to learn about third-party custody challenges under New Jersey family law, and contact a knowledgeable New Jersey child custody attorney with any questions.

Grandparents or any other interested party can seek custody if the parents are unfit, but the standard is high

New Jersey law presumes that custody of children belongs to the parents.  However, if there is evidence that the parents are unfit to care for the children, then an interested third party can seek to have the children removed from their parents’ custody.  We have talked before about grandparents seeking visitation over the objection of the parents; grandparents can, in fact, seek full custody in the most extreme cases.  A recent case from the New Jersey Appellate Division serves as a useful illustration.

In the matter of C.T. v. N.C.P., the paternal grandmother of a child started a custody battle with the child’s mother.  According to the grandmother, the child had lived with her since birth, and the Division of Child Protection (DCP) affirmed that the grandmother provided a fit home.  She claimed that she was entitled to full custody, over the child’s birth mother, because the mother used drugs and otherwise maintained inadequate housing.

The court noted that “a third party may file an action for custody of any child.”  According to New Jersey law, “any person interested in the welfare of a child” can lawfully bring a claim for custody if they can prove that the parents of the minor child “are grossly immoral or unfit.”  Interestingly, the law does not limit potential plaintiffs to family members; it clearly states that “any person” interested in the child’s welfare can bring such a claim.  However, to prevail, the party seeking custody must overcome the strong presumption in favor of parental custody.

The standard for removing a child from the custody of their legal parents is, deliberately, very high.  Here, the grandmother pointed to the mother’s regular use of marijuana and her living in a cramped studio apartment with another person in a bed covered by a tent.  These facts were not enough for the DCP or the court to declare the mother “unfit.”  While not “ideal,” this living situation does not pose a serious risk of harm to the child or demonstrate “grossly immoral or unfit” behavior.  Accordingly, the Appellate Division affirmed the decision of the family court to leave the child in the custody of the legal mother, rather than granting the grandmother custody.

If you’re in need of compassionate, talented, and dedicated legal help with child custody, grandparents’ rights, or other family law matters in New Jersey, contact the Union offices of family law attorney John B. D’Alessandro at 908-964-0102.