What Constitutes “Remarriage” for the Sake of New Jersey Alimony? 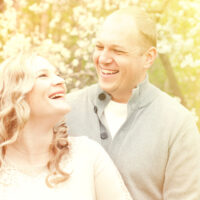 After a divorce, clients are often excited to move on with their lives. While we do encourage clients to get back to their regular lives after divorcing, which does include dating, it is important to be careful with new relationships after a New Jersey divorce. New relationships can affect divorce-related issues, including alimony, child support, and even child custody. We recently explored how New Jersey courts evaluate “cohabitation” for the sake of determining whether there are grounds to modify alimony after a New Jersey divorce. Alimony arrangements often also include provisions to reduce or eliminate payments once the recipient remarries. Depending on the state and the court, remarriage may be broader than simply getting a legal marriage. Read on for a discussion of how remarriage is evaluated regarding alimony in New Jersey, and contact an experienced New Jersey alimony lawyer for help with a New Jersey family law matter.

A recent case is illustrative of how New Jersey courts will evaluate whether one party has remarried for the sake of alimony. A New Jersey couple known as C.S. and W.S. divorced. The divorce agreement included an alimony arrangement, under which alimony would be terminated upon husband W.S.’s remarriage to a new person.

In 2015, W.S. and his girlfriend reportedly had a celebration in which the girlfriend told the person officiating that the couple were marrying “in the eyes of God,” although they would not be obtaining a marriage license. The couple both announced the event as a “wedding” on social media platforms, and W.S. had previously referred to being “engaged” in a wedding magazine. C.S. learned of the wedding and went to court seeking to end her alimony obligation.

Despite having all the appearances of a marriage, including an engagement, a wedding, and holding themselves out to friends and family as a couple being married, the family court ruled that the husband had not actually remarried for the purposes of the divorce agreement. The New Jersey Appellate Division agreed: Because W.S. had not obtained a state marriage license, the parties were not technically married under New Jersey law. The alimony arrangement was conditioned on the husband remaining unmarried. Without a legal marriage under New Jersey law, C.S. did not have grounds to terminate her alimony obligation.

If you are receiving alimony after a New Jersey divorce, and you want to keep receiving those payments, it may behoove you to follow W.S.’s example and avoid legal remarriage. Note that, as we have discussed previously, cohabitation is often grounds for reducing or terminating alimony as well as remarriage. Cohabitation does not require remarriage and instead is more concerned with sharing a living space, intertwining finances, and other factors evincing a relationship and financial interdependence. Your New Jersey family law attorney can help you evaluate your best options as a party receiving alimony or help you make the strongest case for modifying or terminating alimony if you are paying your ex-spouse, and they appear to be financially involved with a new partner.

If you’re in need of compassionate, experienced, and talented legal help with alimony, divorce, or other family law matters in New Jersey, contact the Union offices of family law attorney John B. D’Alessandro at 908-964-0102.