Determining Pendente Lite Support when Both Spouses Are Strapped 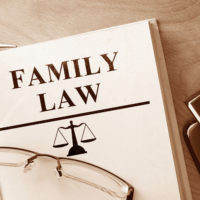 In a recent post, I explained the important role that orders play in the family law case, and mentioned that one particularly important form of order is the one granting pendente lite alimony, or temporary alimony granted to the more-financially-dependent spouse that lasts only through the divorce trial. A recent case coming before Judge Lawrence Jones, titled Malek v. Malek, addressed the calculation of pendente lite relief in light of the changes to New Jersey law introduced by 2014 amendments to the alimony statute. Namely, Judge Jones addressed how to resolve requests for pendente lite relief when both spouses struggled to make ends meet.

The couple at the center of the case had married in 2012, had two children, and filed for divorce in 2016. The spouses moved into separate residences, with the wife moving back in with her mother. The husband made approximately $90,000, while the court found that the wife had the ability to earn $20,000 as a hairdresser—her so-called “imputed income,” as she was not working at the time. The couple shared legal and residential custody over their children. Shortly after filing for divorce, the wife filed a motion for pendente lite spousal and child support, pointing out that after separation she was living on less than half the amount per month that she did while living with her husband. The husband asserted that he had no additional income after meeting his monthly expenses to provide spousal support during the divorce.

Judge Jones wrote in his opinion, “[T]he purpose of a pendente lite support application is to help financially bridge the gap in time between the beginning and the end (or other interim point in the divorce litigation), in an orderly fashion. . . . In fact, a pendente lite order is often the only way to provide the means for a supported spouse to survive at the start of an action.”

Prior to the 2014 amendment to the alimony law, the Judge explained, the court’s focus in considering pendente lite motions was on “maintaining the dependent spouse’s prior standard of living.” He went on, “[t]he focus would frequently tend to be on the needs and budget of the supported spouse, with comparatively less focus on the financial needs of the supporting spouse. An analysis which only considered the needs of one party, however, could leave the other party with little or no money to afford any type of similar reasonable lifestyle at all.”

Judge Jones pointed out that the 2014 amendment has clarified two important issues for courts calculating pendente lite alimony: 1) maintaining the marital standard of living isn’t the number one priority, and, 2) the supported spouse isn’t the only party with the right to maintain the marital standard of living. Courts must also consider factors such as the cost to each spouse of maintaining a new, separate residence, and the amount by which each spouse’s living expenses go up as a result. Judge Jones pointed out that none of these factors should be given more weight in a pendente lite calculation than any other.

In this case, Judge Jones determined that the spouses had in fact not been living within their economic means during the marriage, making it impossible for both spouses to maintain the marital standard of living after separation. When some couples separate, he reasoned, it “may render impossible the ability of either party to continue living the prior lifestyle.” In such cases, the judge’s job may be to find an “interim economic arrangement” that would be fair to both spouses under the circumstances. Judge Jones ordered both parties to look for additional employment opportunities, advised both parties to reevaluate their budgetary needs and standards of living to adapt to their financial circumstances, and awarded the wife a portion of the amount she requested in pendente lite support.

If you are facing divorce in New Jersey and need experienced, dedicated legal counsel to walk you through the divorce process, contact Union family law attorney John B. D’Alessandro for a consultation, at 908-964-0102.