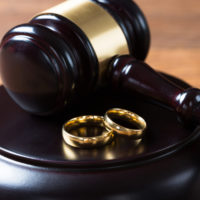 If you are going through a divorce or a dispute over custody, you may have noticed by now that court orders hold a great deal of significance. Learn more about what court orders mean, and how they’re created, below. In a future post, we will discuss what to do when a court order is ignored, and what consequences a party in violation of a court order might face.

Court orders are the primary way that judges gives effect to their decisions in a case before the family part. Court orders consist of the summarized version of the judge’s opinion, or of an agreement reached by the parties to a divorce or custodial dispute. A family court order is effectively a law which binds the people named in the order, and just like with other laws, the parties can face stiff penalties for failing to obey court orders.

Court orders are issued on basically every topic that comes before a Family Part judge, including the division and schedule of parenting time, the amount of alimony or child support, or the manner in which property will be divided between divorcing spouses. A related form of relief is known as “pendente lite” relief, which is awarded to maintain the marital status quo of the spouses through the pendency of the divorce.

Court orders can either be temporary or final. When spouses first file for divorce in New Jersey, there are a number of issues that must be addressed immediately regarding the rights and responsibilities of each spouse during the divorce itself. For instance, you may need to establish a visitation schedule to ensure you’re able to see your children during the divorce. You may also need to establish an amount of temporary alimony or child support payments, if you were financially dependent on your spouse or are the parent with whom your children reside. These temporary orders will be issued after a hearing, but will not necessarily be the court’s final decision on these issues. The court will issue a final, binding order after the judge has had the chance to hear evidence presented from both sides on how these problems should be resolved, or after the spouses submit a negotiated agreement on how the issues should be resolved.

Court orders can be entered pursuant to a negotiated agreement with your spouse, or can be entered by the judge after a hearing or trial. If you and your spouse have a sufficiently amicable relationship, you may be able to reach a resolution of many issues relating to your divorce among yourselves. Your attorney can draft a settlement agreement and submit it to the Family Part judge. The judge will review the agreement and ensure that it is fair to both parties, and assuming it is found fair, will enter the agreement as an order. Otherwise, orders are entered after the judge has held a contested hearing or trial, after reviewing evidence and testimony presented by both sides.

If you are in need of seasoned, knowledgeable, and compassionate legal help with a separation, divorce, or custody battle in New Jersey, contact the Union family law attorney John B. D’Alessandro for a consultation on your case, at 908-964-0102.