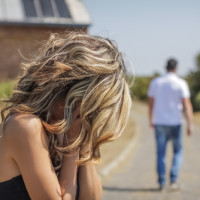 Over the summer, a hacker or group of hackers (still unknown) managed to obtain all customer records of the online dating website Ashley Madison. The controversial website was designed to serve as a super-private way for married men and women to meet people with whom to have an affair. When the operators of Ashley Madison refused to take down the website pursuant to the hackers’ demands, the responsible parties began releasing the members’ usernames, email addresses, and billing information. Many married people—mostly men—have been affected by the leak, discovering their username and email address among the searchable lists being hosted by various websites, or learning that their spouse had discovered that information.

While it might be heartbreaking to discover that your spouse has created an Ashley Madison account, would that fact actually make a difference in a divorce? Most likely not. New Jersey is a no-fault divorce state. There are very few circumstances in which a fault of one of the spouses would entitle the other spouse to a greater amount of alimony or share of marital property, and adultery typically isn’t one of those faults. In one New Jersey case, Mani v. Mani, a spouse alleged that she shouldn’t have to pay as much in alimony to her former husband, due to the fact that he had engaged in fairly extensive extramarital relationships. However, the court stated that adultery would be considered as a factor in the division of property only when the adultery had a significant effect on the couple’s economic status, or the behavior was so appalling that awarding alimony to the at-fault spouse would be unjust. As an example, the court suggested that if one spouse had tried to kill the other spouse, the murderous party likely wouldn’t be much of a candidate to receive alimony. If a spouse had spent several thousands of dollars at Ashley Madison or in furtherance of an affair, this behavior might impact an alimony award.

Now, if the couple had signed a prenuptial agreement that contained an “adultery clause,” then discovered a spouse’s name among the Ashley Madison subscribers, the story might be different. While the enforceability of such clauses is up for debate, some couples include clauses in prenuptial agreements stating that, if one of the spouses is unfaithful, that spouse is entitled to either receive less in alimony, or receive a predetermined lump sum payment. Even without any direct impact on how much a spouse will pay in alimony, having your name show up on a list of Ashley Madison subscribers will certainly lead to some uncomfortable dinner table conversations.

If you are considering filing for divorce in New Jersey, contact Union family and divorce lawyer John B. D’Alessandro for a consultation on your claims, at 908-964-0102.