When Divorced Parents Cannot Agree on Medical Care for Their Child 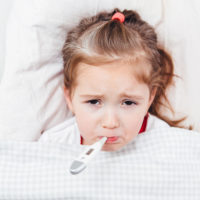 Once a married couple reaches the point of wanting a divorce, it can be difficult to find any topics on which those parents can agree. Nevertheless, even after divorce, co-parents must make joint decisions regarding their child’s best interests on a regular basis. A case recently before New Jersey Family Part Judge Lawrence Jones titled M.T. v. D.T. required the judge to determine how a pair of divorced parents should move forward after reaching an impasse on how to address their child’s medical care.

The couple at the center of M.T. v. D.T. divorced in February 2015, having had three children together. The parents agreed to share joint and equal custody, and created a subsequent agreement in December of 2015 that required each parent to notify the other of the children’s doctor’s appointments or health issues. The couple’s 16-year-old son subsequently injured his elbow and arm while playing a sport, and the father arranged for the son to undergo surgery in October of 2016, pursuant to a surgical consult. However, the father did not notify the mother of this plan.

When the mother learned of the scheduled surgery, she filed an emergency application before the court in an attempt to postpone the surgery until she was allowed to speak to the surgeon, learn more about the procedure, and seek a second opinion on whether or not the surgery was necessary. The court ultimately ruled that the parents should have the chance to reach a consensus on their children’s medical care, and that the mother should be permitted to speak to the son’s doctors and possibly to additional medical personnel. The court concluded that the parties would reconvene to determine the parents’ ultimate decision on the son’s treatment.

After meeting with the mother, the original surgeon postponed the surgery until the parents agreed on the procedure. The mother also obtained a second surgeon’s opinion. This second surgeon advised a more aggressive approach, which he believed would prevent the need for future medical attention. The father continued to advocate for treatment by the first surgeon, and the mother, by the second surgeon. The parents did not consult jointly with either surgeon. The parents agreed that the son needed surgery, but could not agree on the surgeon or surgery needed. The father subsequently filed a motion for full legal custody, which would include the right to make medical decisions for his son. The mother objected. Pursuant to the judge’s order, both surgeons appeared by telephone in the courtroom and explained their suggested treatment, which were extremely similar. The surgeons agreed that either approach was medically reasonable, but that they simply advocated different approaches. The parents remained unable to agree on a form of surgery, leaving it to Judge Jones to break the stalemate.

Judge Jones noted that, generally, courts make every effort to award joint custody of children. He went on to reason that, when parents are unable to agree regarding important decisions in a child’s life, then the interest in joint custody will become secondary to the child’s best interests. Normally, either joint or sole custody of a child is awarded. While rarely used, New Jersey law provides a third option, allowing judges to craft a unique custodial agreement to adapt to a child’s particular needs in a given case. Such an arrangement can provide for a hybrid of joint and sole custody, providing one parent a medical custodianship which allows that parent to make all medical decisions for that child. The court can craft such a custody arrangement regarding only medical decisions, and can make the medical custodianship temporary, leaving intact the remaining aspects of a joint custodial agreement.

In this case, Judge Jones decided that, while the parents would retain joint custody, the father would be made the child’s temporary medical custodian solely for the purpose of making decisions regarding the child’s surgery and any subsequent treatment of his arm injury, so as to prevent further delay in the son’s treatment. Judge Jones determined that, since the father had been spending more time than the mother with his son over the past year, and had already been overseeing treatment for his son’s injury, including deciding on a surgeon and procedure which won the approval of another surgeon, this was the best course of action for the son. While the father would have ultimate decision-making ability, he remained obligated to keep his co-parent informed as to the son’s appointments and procedures, and the mother retained the right to speak with the surgeon prior to surgery.

If you’re in need of skilled, determined, and knowledgeable legal help with a custody issue or divorce in New Jersey, contact Union family law attorney John B. D’Alessandro for a consultation on your case, at 908-964-0102.