Can I appeal my Divorce Arbitration Award in New Jersey? 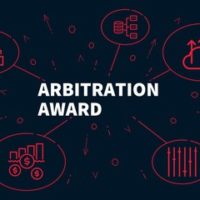 Arbitration and mediation are often an important part of divorce procedure in New Jersey. The process can be easier and cheaper than resolving every issue through complex litigation. But if either party ends up disagreeing with the ultimate result after the fact, when and how can arbitration awards be appealed? Continue reading to learn about a recent case, appealing an arbitration award, and contact a skilled New Jersey divorce lawyer with any questions surrounding your current or impending divorce.

The New Jersey Arbitration Act limits judicial review of a binding arbitration to certain circumstances: (1) confirmation, (2) vacation, or (3) modification or correction. Appeals are only allowed from an “order or judgment in a civil action.” The Court emphasized that, in order to appeal, the party must first have a summary order from the trial court that either confirmed, vacated, or corrected the arbitration award. In this case, the arbitration award was “confirmed” by the trial court in an uncontested action simply by incorporating the order into the court’s final judgment on the divorce proceeding, which did not result in an actual order from the court “confirming” the arbitration award. Additionally, rather than challenging the award in the trial court, the defendant raised issues for the first time on appeal. In order to preserve the right to appeal, the defendant must have first challenged the award at the trial court level. If the defendant had filed a motion to vacate the fee award first, and then appealed from the court’s order denying the motion to vacate, there may have been jurisdiction for an appeal.

The case illustrates that while arbitration has many benefits, the limited judicial review can cut both ways:The court will be less involved, allowing for more flexibility and less formality, but the courts may also be less helpful in challenging the ultimate result of arbitration.

If you are facing the possibility of divorce and need legal advice on your best options, contact the skilled and compassionate New Jersey family law attorney John B. D’Alessandro for a consultation on your case, in Union at 908-964-0102.