When a Custodial Parent Relocates Out of State, the Court’s Jurisdiction May Relocate Too 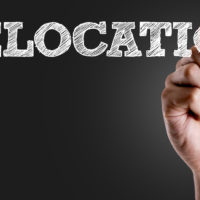 You may know that before a custodial parent can relocate out of state and take the kids with him or her, the parent must get approval from the court. The custodial parent must file a motion with the court and notify the noncustodial parent, who may object to the motion. After reviewing the arguments made in the motions and possibly holding a full hearing as well, the judge will permit the relocation if convinced the move is in the best interests of the children and is not detrimental to them. The custody and visitation schedule can also be modified as needed at that time.

What happens if a dispute later arises, or there is some need to go back to court on a matter related to the divorce, whether it involves custody or some other matter such as alimony or child support? Does the New Jersey court, which granted the divorce, still retain jurisdiction over the divorce, or should the matter be referred to the state where the custodial parent now resides? When is it appropriate for a family court in that state to hear a matter related to the couple who divorced in New Jersey? The recent decision of the New Jersey Appeals Court in J.S. v. B.V.H. addressed that question.

This case involves a couple who were married and divorced in New Jersey. The case also involved domestic violence, a final restraining order, and a finding of abuse or neglect entered against the father by the Division of Youth and Family Services (now called the division of Child Protection and Permanency or CPP). As an outcome of this situation, the judge overseeing the divorce granted the mother’s motion to relocate with her children to West Virginia. The divorce was finalized in New Jersey, with the mother receiving sole legal and physical custody of the children and the right to relocate permanently to West Virginia. The father was granted visitation and ordered to pay $212 per week in child support.

The divorce and relocation didn’t stop a “torrent” of post-judgment motions and orders ongoing in the New Jersey family court. One such order granted the wife’s motion to transfer jurisdiction of all custody matters to West Virginia.

The husband appealed the decision to transfer venue/jurisdiction out of New Jersey. Under New Jersey child custody law, the court that makes an initial child custody determination has exclusive jurisdiction over the matter until neither the child or the child and one parent have a significant connection with the state or no longer reside in the state. Another required element to give up jurisdiction is that the New Jersey courts no longer have any substantial evidence available concerning the child’s welfare.

In this case, the mother and children had been residing in West Virginia for a substantial period of time. The children go to school there and receive medical care there. Another interesting point is that when the kids do see their dad for visitation/parenting time, it is at his house in New York! There was simply no proof that the children continue to have significant connection with New Jersey or that substantial evidence about their well-being is available in New Jersey. The appellate court therefore upheld the trial court’s decision to transfer jurisdiction to the West Virginia courts.