What’s In a Name? Calling an Asset “Marital” Will Not Make It So 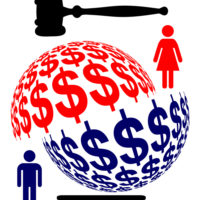 During a divorce, spouses will negotiate an equitable division of their marital assets. If a spouse has property from before the union, it won’t be included in this division. At first glance, determining whether an asset is separate or marital seems simple. If the spouse bought it prior to the marriage or by using separate funds, it’s separate. If the asset was purchased during the marriage, with funds earned during the marriage, it’s marital. Easy, right? The waters get muddied where accounts filled with marital funds are labeled as separate, or assets that were separate are improved with the use of marital funds.

A recent case decided by the Appellate Division outlines how complex these determinations can be. The case, titled Chanda v. Sen, focused on the division of property for a couple that had been married slightly over seven years. The couple lived in a home that the wife had purchased prior to the marriage. Within two years of the marriage, the husband was laid off. Rather than look for a job, he decided to retire.

The wife continued to work, but the couple’s living expenses were paid from the husband’s savings, largely accrued prior to the marriage. The husband agreed to put the wife’s name on these accounts from which their living expenses were paid, but she did not access or control these accounts directly. The wife saved her income to a separate account under only her name, to which the husband did not have access. During the marriage, the husband helped to pay down the mortgage on the home. Over the seven years of their marriage, the husband paid about $81,500 toward the mortgage, while the wife paid only $32,000.

The couple sought a divorce in 2010. Both spouses appealed the trial court’s division of assets, reached after a nine-day trial. First, the wife appealed the award of a portion of her separate savings account to the husband, also appealing the decision not to award her a share of the husband’s account which had been put in both spouses’ names. The Appellate Division pointed out that, despite the name on the wife’s account, it was filled with funds earned during the marriage, making it a marital asset. The husband’s account that had been labeled as “joint” was, in fact, filled with separate funds and never controlled by the wife. The court explained that merely changing the name on an account to include their spouse’s name isn’t conclusive proof that the person intended to give their spouse a share of the account.

The husband had also appealed the fact that he was awarded only a portion of the paydown on the mortgage on his wife’s house. The trial judge had awarded the husband only a quarter of his contribution, and the Appellate Division agreed that this was correct. When determining how to allocate the value of a mortgage paydown, the Appellate Division explained that courts can handle it in several ways, all of which were acceptable. In this case, the court had found that the husband had used mostly marital funds to pay down the mortgage, making him entitled to only half of that amount. The judge also determined that, at $81,500 over the course of seven years, the husband had paid an “extremely low rate” for housing, which he would’ve had to pay for anyhow had he not been living in his wife’s home. This caused the judge to reduce further the amount that the husband would receive for his contribution to the home.

If you’re facing a complex divorce in New Jersey and want experienced, dedicated help in navigating your split, contact the Union family law attorney John B. D’Alessandro for a consultation, at 908-964-0102.