What Would Cause a Parent to Lose Custody of a Child? 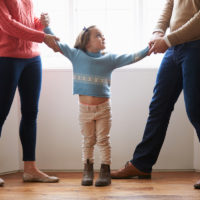 A recent story in the news highlights the challenge of managing custodial arrangements where parents are no longer in custody of their children. Parents Michael and Amy Streko of Neptune City had lost their custodial rights to their 8-year-old son on July 7, pursuant to a hearing held in Monmouth County family court. The son was put in the custody of his grandmother, who became his legal guardian. Amy was granted permission to visit with her son under the court’s order, while the grandmother supervised. Amy had stayed the night with her son at the grandmother’s home on July 17. However, when the grandmother went to check on Amy and her son, she found that his bed only had pillows left under blankets to appear that the mother and son were still in bed. The grandmother attempted to contact Amy and Michael, but was unable to do so. Several days later, a Port Jervis City woman reported a suspicious man in her neighborhood, who was operating a Winnebago parked on that street. The Winnebago was found to belong to Michael Streko, and police came to interview Michael and Amy. The parents were arrested and charged with second degree interference with custody, and held in Somerset County Jail on $75,000 cash bail. Their son was returned to his grandmother’s custody.

Parental child abductions are not uncommon. The U.S. Justice Department reported that, in 2010, there were 200,000 cases of parental abduction, and it is a common reason why children are abducted. It is understandable why a parent would want to be in contact with his or her child. What could cause a parent to lose custody of or visitation with his or her children? One common reason is that the parent has failed to pay the owed amount of child support. If a parent is found to have abused a child, or their former spouse, then they will have an uphill battle to show that they are still fit to have contact with that child. Child neglect, such as failing to ensure that the child is well-fed, will also make a court reconsider allowing that parent to have custody, especially since that is often an indication that the parent has substance abuse problems. Courts will examine the child both for evidence of physical harm, but also for evidence of emotional harm, such as bedwetting and acting out at school.

If you are at risk of losing custody of your child, contact the Union family law and child custody attorney John B. D’Alessandro at 908-964-0102.