What We Can Learn From JWoww About New Jersey Divorce Cases 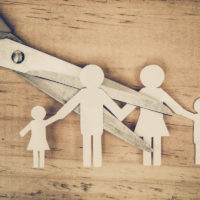 In September, Jennifer Farley, known to fans as JWoww from the Jersey Shore and other shows, filed for divorce from longtime boyfriend and husband of three years Roger Mathews. The couple have two children together, a daughter, aged four, and a two-year-old son. Since filing for divorce, the couple had remained living together in the same house with both children. Last week, however, Mathews was removed from the home pursuant to a restraining order filed by Farley. This real-life drama provides valuable insight into how actual divorces sometimes play out and the impact of domestic violence allegations in a New Jersey divorce. Read on to learn more about New Jersey divorce law in the context of the JWoww divorce case.

Background on the JWoww Divorce

As reported by New Jersey 101.5, Farley and Mathews appear to have had a disagreement on the evening of December 13th, which led to both parties calling the police. It appears that Mathews’ call to police was a preemptive move in anticipation of Farley’s call, which she had threatened to make. The police arrived at the home but left without making any arrests. Sometime later that night or early the next morning, Farley obtained a restraining order, and police arrived in the early hours to remove Mathews from the home. A series of videos posted on TMZ show the police encounter at the family home, as well as video Mathews posted from the police car as they drove him to a friend’s home, and another video recorded at the friend’s home. In these later videos, Mathews attempts to get out his side of the story.

A temporary restraining order (TRO) can be issued in New Jersey without the prior knowledge of the person being restrained. A TRO can be obtained outside of regular court hours and can even be initiated over the phone. The TRO can specify that the alleged abuser will have no-contact with the spouse and possibly even with the kids, either of which can force the alleged abuser to move out of the family home. In one of the videos posted to TMZ, Farley can be heard discussing this issue with the police, where she expresses it is not her intent to keep Mathews away from the children, and the police officer informs Farley she must let the judge know that when crafting the TRO.

Within ten days of issuing a TRO, a hearing should be held regarding whether the order should be dismissed or converted into a final restraining order, which can last as long as the court orders or even indefinitely. The alleged abuser has the right to attend this hearing and challenge the order with the advice and representation of an attorney.

Why Did They Stay in the House Together?

It may seem odd for parents to still be living together months after a petition for divorce has been filed, but it is not all that unusual. It is expensive to establish a separate household, and it can be a confusing time to separate when there are young children in the household. Also, some believe that voluntarily moving out of the house can negatively impact them in the property division or custody determination. For instance, if the children have been living in the family home with one parent for several months, the judge may decide that keeping that same arrangement for the future is in the children’s best interests for stability and continuity. It is important to get your lawyer’s advice before making any major decisions during a divorce, including whether to move out, buy or sell property, and any other significant lifestyle changes.

If you are considering filing for divorce in New Jersey or have been served with divorce papers by your spouse, contact Union family law attorney John B. D’Alessandro at 908-964-0102 to discuss your options.