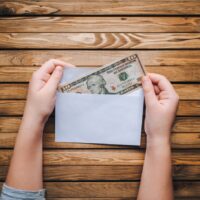 Common-law marriage is still recognized in a minority of states throughout our nation. This type of union is a legally recognized marriage despite no marriage license being purchased or a marriage ceremony taking place.

A legally binding marriage that is recognized by the state brings with it benefits including financial support and protections if the marriage were to fall apart. But what about common law marriages? Do the same rights and protections still apply? Let’s take a look at a lesser-known term, palimony, and how it serves individuals in common-law marriages.

Much like alimony, palimony is a form of financial support that is offered to individuals who have been with their partner, living as a married couple would, but have now separated. Over time, unmarried couples especially those who have been together for an extended period of time are likely to amass assets and acquire property together. When this couple splits up, issues regarding how those financial assets are split may arise. This is where palimony comes into play.

Where Is Palimony Recognized?

Palimony is recognized in 29 states throughout our nation. Depending on the state, the measures regarding palimony may differ.

The concept of palimony stems from the 1976 Landmark California case of Marvin v. Marvin. In that dispute, after actor Lee Marvin and his partner Michelle Triola split up, Triola felt that she was owed financial support after sacrificing her career and taking care of the household during the seven years she was with Marvin. The court found that “in the absence of an express agreement, courts may look to a variety of other remedies to divide property equitably.”

In New Jersey, palimony agreements must be in writing to be valid. They must be signed by the person promising to pay support, and each party must have their own independent counsel to review the agreement. These requirements to enforce palimony have been effective in New Jersey since 2010. Couples who agreed to palimony before then might still have an enforceable agreement even if it isn’t in writing.

How to File a Palimony Suit

Filing a palimony suit follows similar proceedings to filing a divorce or an annulment. The party that is seeking to enforce the palimony agreement must file a petition with the courts. Depending on the state and where the couple lives, there may be some additional protocols to filing a palimony agreement. As with the divorce or any dissolution of marriage, both parties can hire a family lawyer to represent them through court proceedings.

Seek the Guidance of an Experienced Attorney

Because palimony agreements are highly dependent on the state where you’re seeking to enforce one, and because not all states recognize them, it’s important to have an experienced family law attorney by your side. A knowledgeable attorney who has a history of working palimony cases can guide you in understanding how to best move forward with your case.

If you’re considering divorce or dealing with child custody, child support, alimony, or other family law issues in New Jersey, contact the efficient and thorough Union family law attorney John B. D’Alessandro for a consultation.