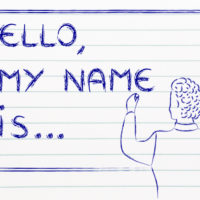 New Jersey family courts are often tasked with ruling on issues that are at the center of cultural controversy—gay marriage, surrogacy issues, and now, transgender rights. In a recent decision from the New Jersey Appellate Division, the court has ruled that a transgender child may change his legal name against the wishes of his father. In doing so, the court has created a list of factors that courts should use when considering such requests.

The case, titled Sacklow v. Betts, centered on a 16-year-old child who had begun transitioning from female to male. The child, who requested that his real name be used in the opinion, wished to change his legal name from Veronica to Trevor. Trevor had begun gender reassignment therapy and had for years been under the treatment of a therapist for gender dysphoria. He was known as Trevor among his classmates and the majority of his family members, and wanted to change his name legally in anticipation of getting his driver’s license. He explained to his mother that he felt very anxious thinking about having a license photo that did not match his name. The only people in Trevor’s life who continued to call him “Veronica” were his father, stepmother, and step-siblings. His parents had divorced in 2012.

When Trevor expressed his desire to change his name, his mother supported the decision and filed a petition before the family court. His father, however, contested the change and requested a hearing to resolve the issue. While the father eventually conceded that he would consent to the change, he expressed concerns that the name change was not in Trevor’s best interest.

In its opinion, the court pointed out that this was the first time a New Jersey court considered the question of whether a transgender child should be allowed to change their name to match their gender identity. The court reasoned that its main concern in considering such a question was whether the name change was in the child’s best interests. In doing so, the Appellate Division ruled that courts should consider:

1) The age of the child; 2) The length of time the child has used the preferred name; 3) Any potential anxiety, embarrassment or discomfort that may result from the child having a name he or she believes does not match his or her outward appearance and gender identity; 4) The history of any medical or mental health counseling the child has received; 5) The name the child is known by in his or her family, school and community; 6) The child’s preference and motivations for seeking the name change, and; 7) Whether both parents consent to the name change, and if consent is not given, the reason for withholding consent.

Significantly, consent from the child’s parents is but one factor among many that the court reasoned that it should consider. The court concluded that in this case, the child should be permitted to change his name to Trevor, despite his father’s concerns. The court reasoned that Trevor had long gone by this name, had undergone substantial counseling to ensure that he was ready to transition to life as a male, and would experience substantial anxiety and discomfort by being known any longer as “Veronica.”

If you’re dealing with a complex family law issue in New Jersey, contact the dedicated and knowledgeable Union family law attorney John B. D’Alessandro for a consultation, at 908-964-0102.