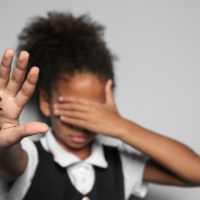 Title 9 governs New Jersey’s child custody scheme. Sections of Title 9 can be used to determine the custody of children in a dispute, particularly if the child has faced abuse or neglect by a parent or guardian. The state can also invoke Title 9 to remove a child from a parent’s control in favor of state guardianship. A New Jersey appellate court recently addressed the limitations on Title 9 in defining “parent” or “guardian” in determining whether a child could be removed from custody based on neglect by a caregiver other than a parent. Read below for a discussion of the published opinion, which can be used as precedent in future cases. If you are facing a divorce or child custody matter, contact a seasoned New Jersey family law attorney for help.

The case titled N.J. Division of Child Protection and Permanency v. B.H. concerns the actions of Ben, who was found to have abused or neglected Mariah, the five-year-old daughter of his then-girlfriend, Hannah. On the day in question, Ben and Hannah picked up Mariah from daycare because Mariah had a fever. Ben took Hannah to a friend’s house. On the drive, Ben got into a single-car accident which substantially damaged his car. Because no other cars were involved and no one was hurt, neither Hannah nor Ben reported the accident.

Thereafter, Hannah asked Ben to take Mariah to a fast-food restaurant while Hannah asked her friend for money. The restaurant was a mile away, and the trip represented the only time Ben was ever alone with Mariah. Local police received reports of an intoxicated man at the fast food restaurant, and upon arrival found Ben parked improperly and slumped over the steering wheel. The police saw open evidence of oxycodone drugs, and Ben failed a sobriety test. When the police later removed Mariah’s car seat, they found that the seat was improperly installed and was filled with glass particles from the earlier accident.

Based on this incident, the Division of Child Protection and Permanency (Division) determined that Ben had neglected or abused Mariah and petitioned the family court for custody, care, and supervision of Mariah. The court found Ben qualified as Mariah’s guardian and had abused or neglected Mariah under Title 9. Ben’s name was added to the Division’s central registry for child abusers.

On appeal, the court focused on whether the family court had jurisdiction to proceed under New Jersey’s Title 9. A finding of abuse or neglect under Title 9 can apply only to parents or guardians, which are defined to include “any natural parent,” another legal parent, anyone “who has assumed responsibility for the care, custody, or control of a child,” someone for whom “there is a legal duty for such care,” or a person with whom the child resides. The court determined that Ben was merely Mariah’s boyfriend, not a parent or guardian. He did not provide financial support for Hannah, did not live with her, and never referred to her in a parental manner treating her as his child or stepchild. At most, he supervised Hannah on two occasions for a few hours total. His “temporary, brief, or occasional caretaking functions” did not amount to an assumption of care triggering a legal duty.

The court stated that, for the purposes of Title 9, “an individual cannot abuse or neglect a child with whom he or she has no ongoing responsibility or obligation to provide regular care or supervision.” The family court thus lacked jurisdiction to find that Ben abused or neglected Mariah and could not add Ben to the registry for child abusers.

If you’re in need of compassionate, experienced, and skilled legal help with a divorce or custody dispute in New Jersey, contact the Union offices of family law attorney John B. D’Alessandro at 908-964-0102.