When Will a New Jersey Court Throw Out a Marital Settlement Agreement? 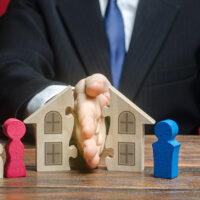 Resolving all of the issues attendant to a divorce can be a difficult, draining, and time-consuming process.  If you and your spouse can agree on all of the relevant terms, you can enter into a marital settlement agreement (MSA).  It is preferable (and, indeed, cheaper and faster for everyone involved) for the parties to settle on their own rather than requiring a court to hold a trial on various issues.  Once an MSA has been executed, however, it is meant to be final.  It is a binding contract between the parties, and absent a strong showing of some reason to disregard the contract, courts are loath to go against their terms.  Read on for a discussion of how courts view marital settlement agreements and contact a seasoned New Jersey marital property attorney for help with a New Jersey family law matter.

An MSA is a contract.  Contracts are binding so long as they are entered into willingly and are not so unfair as to shock the conscience.  If one party can show that they entered into the MSA unwillingly, they may have grounds to challenge the MSA’s terms.

If a party can show that their spouse made a material misrepresentation intentionally, which led to the first party agreeing to the MSA, the challenging party may be able to claim they were defrauded into signing.  For example, if one party hid significant assets from their spouse throughout the marriage and during the divorce process, the other spouse may claim that they would not have agreed to the terms at hand if they had known about all of these other assets.

Likewise, if a party can show that they agreed to the MSA under “duress,” they may be able to challenge the contract.  Duress does not simply mean that a party felt financial pressure to sign an agreement quickly; all divorces raise significant financial issues.  Instead, the party must show that they were truly coerced into signing by, for example, threats to themselves or their family.  The threats could be financial (for example, if one spouse threatened to destroy the family business of the other spouse’s family if they refused to sign), but the bar is high, and the normal financial hurdles attendant to divorce are not, alone, sufficient.

A recent opinion from the Appellate Division shows how unwilling courts are to overturn these agreements.  The case of Stein v. Stein focused mainly on two aspects of an MSA:  the defendant’s agreement to roll over $100,000 of his retirement account into the plaintiff’s retirement account, and the parties’ agreement that whoever prevailed in an action to enforce the MSA would receive attorney’s fees for their trouble.  After signing the MSA, the defendant in Stein determined that his retirement account should have been considered a premarital asset, not a marital asset, and should not have been included as part of the equitable property division.  The plaintiff disagreed and sought to enforce the MSA.  The plaintiff won in the lower court and was awarded attorney’s fees.

The Appellate Division explained that courts would uphold a settlement agreement between spouses in a matrimonial action so long as the agreement is “voluntary, fair, and equitable.”  The court will not throw out a settlement “[a]bsent compelling reasons to depart from [the] clear, unambiguous, and mutually understood terms.”  So long as the terms were clear and there is no reason to believe that one party was duped or coerced into signing, the court will uphold the settlement as it would any other contract.

In this instance, the MSA clearly laid out both that the retirement account was subject to division and that attorney’s fees would be paid to the winner of a dispute about the MSA.  Regardless of whether the retirement account should have been a marital asset or whether New Jersey law would have awarded attorney’s fees to the winner of the dispute in this instance, the MSA was clear on these issues, and all parties entered the MSA willingly.  The court thus refused to go against the clear terms of the agreement.

If you’re in need of passionate, zealous, and effective legal help with marital property division, child custody, or other family law matters in New Jersey, contact the Union offices of family law attorney John B. D’Alessandro at 908-964-0102.