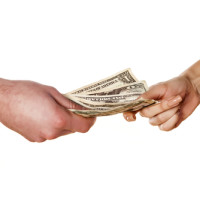 An unpublished opinion from the Appellate Division of the New Jersey Superior Court, Dougherty v. Heitmann, highlights the potential penalty for those trying to outsmart the terms of their divorce settlement. The parties in this case, Margaret Dougherty and Paul Heitmann, had separated in June of 2008. Dougherty moved into an apartment of her own in November of 2008, and the couple’s divorce was final in July of 2009. Their property settlement agreement stated that Heitmann would pay $16,000 in alimony annually. The agreement stated that the alimony would cease after five years, or when Dougherty began cohabiting with a romantic partner, whichever came sooner. Heitmann began paying alimony on April 1, 2010.

Dougherty told Heitmann that she moved into her parents’ home in Camden County in November of 2009, which would constitute a 90 to 120-minute commute to her nursing job in Morris County. Dougherty was at that point seriously dating a man identified in pleadings only as R.D. The two became engaged in December of 2010. Dougherty notified Heitmann of this fact in March 2011. At a graduation both Dougherty and Heitmann attended in May of 2011, Heitmann saw R.D., and recognized him as someone who had helped his ex-wife move out of the marital home back in 2008. Between the suspiciously long commute Dougherty said she had and this revelation, Heitmann’s suspicions became overwhelming. A personal investigator Heitmann hired discovered that Dougherty was often parked outside of R.D.’s home at night.

Heitmann filed a motion to terminate his alimony obligation in October 2011 after receiving the investigator’s report. The exes exchanged discovery. Dougherty’s phone records showed that she had made calls from R.D.’s home town 96 of the 143 days for which he had obtained records, and calls on only 21 days from her parents’ hometown. He also saw from EZ-Pass records that she had not been commuting on the toll roads between Camden to Morris County. While Dougherty and R.D. testified that she did not live with R.D. during this time, she voluntarily terminated Heitmann’s alimony obligation in July of 2012, after having received $36,000 in alimony. The trial court found that Heitmann’s evidence showing that Dougherty had been cohabiting with R.D. was more convincing than Dougherty’s specious and unsupported denials of this fact, and retroactively terminated Heitmann’s alimony obligation to April of 2010. This meant Dougherty owed Heitmann $36,000. Dougherty appealed.

The court on appeal upheld the trial court’s decision. In discussing the termination of alimony, the court explained that a paying spouse can seek a modification or termination of alimony where the dependent spouse’s need for support has decreased because of her new partner’s support, or where the alimony payments are shown to support the new partner. Courts will also require that the payor show that the two are not merely roommates, but that their social circle recognizes the relationship, that they share financial accounts, or share household responsibilities. However, where a couple agrees to a termination of alimony upon a determined change of events, the court explained, it need not make any inquiry into the dependent spouse’s finances, if the original agreement was fair. The court on appeal found that the parties had each agreed that Dougherty’s cohabitation with a new partner would end alimony payments, regardless of economic dependency, and that Dougherty conceded as much in her pleading. While Dougherty contested that Heitmann had proven that she and R.D. were cohabiting as early as April of 2010, the court affirmed the trial judge’s conclusion that Dougherty’s testimony wasn’t credible, and that the phone and EZ-Pass records were sufficient to support Heitmann’s argument.

For assistance in alimony modifications or terminations, or other family law matters, contact a Union family law attorney at the Law Offices of John B. D’Alessandro, LLC at 908-964-0102.