The Myth of the Holiday Spike in Domestic Violence 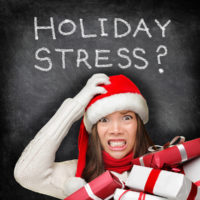 Around the holidays a familiar narrative always crops up: People are more stressed, are consuming more drugs and alcohol, and as a result, are committing more acts of domestic violence. Local news outlets tend to perpetuate this view. While domestic violence is an incredibly real and pervasive problem across the country, recent studies have cast doubt over whether the “holiday spike” is indeed a real phenomenon and whether it causes a rise in domestic violence. Domestic violence prevention advocates, moreover, worry that this myth is actually harmful to the overall battle against domestic violence by focusing people’s concerns on one time of year, or by giving offenders excuses.

The National Resource Center on Domestic Violence (NRCDV) offers a “holiday toolbox” for survivors of domestic violence and the advocates who help them. The toolbox includes updated data on domestic violence complaints received around the country. According to data collected from the National Domestic Violence Hotline (NDVH), the number of calls received during the holidays (up to and including both New Year’s Eve and New Year’s Day) actually sharply declines during the holidays.

Domestic Violence is Still a Huge Problem in the Country

Experts caution that the myth of the holiday spike can actually be a problem for domestic violence prevention. Holiday stress may exacerbate an abuser’s problems, but it is not the root cause. Victims may be less likely to reach out to the hotline or to police over the holidays if they believe holiday stress justifies the violence.

If you need experienced legal help and representation in a domestic violence proceeding, contact the compassionate and experienced New Jersey family law attorney John B. D’Alessandro for a consultation on your case, in Union at 908-964-0102.