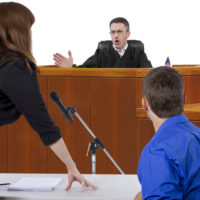 After a divorce with children, relocating to a new state will often require a court’s consent. When relocation is permitted, parents who continue to share legal and residential custody of their children may have future disputes over custody or support. Before these issues are resolved, courts must first determine whether the dispute should be heard in the courts of the state where the couple lived while married, or if it should be heard in the new home state of the relocating parent. A New Jersey trial court has recently issued an opinion in a case where the location of a custody dispute had itself become the subject of a dispute between the parents.

The couple at the center of the case titled BG v. LH had divorced in 2014 with three children, one of whom was an adult and living in Israel. The mother had relocated to Massachusetts with the two younger children after the divorce, having received consent from the father. That said, the couple’s judgment of divorce included a stipulation that any future disputes over custody or visitation be heard by New Jersey courts and not those of Massachusetts. The father remained in New Jersey but had parenting time with the children both in New Jersey and Massachusetts.

One of the couple’s children made an allegation of physical and sexual abuse against the father to the mother. The mother responded by filing a petition to amend custody before a Massachusetts judge, who ruled that the father should have only supervised parenting time with the children. The father contested this decision, filing a claim in New Jersey arguing that, under the terms of the judgment of divorce, the issue should not be decided by a Massachusetts court, but instead by a New Jersey court.

The New Jersey court sided with the father, ruling that New Jersey should retain exclusive authority to make decisions about custody in this case. Even though the judgment of divorce established New Jersey as the forum for disputes over custody, the judge determined that he had to conduct a more thorough examination of where the dispute should take place.

The judge used the New Jersey Uniform Child Custody Jurisdiction and Enforcement Act (NJUCCJEA) to guide his decision. This law states that, when New Jersey is the first state to have authority to make decisions about child custody, it must be the state that decides whether it still has that authority, or whether that authority should pass to a new state. This law asks courts to consider whether circumstances might have changed so that New Jersey is no longer a logical place for a dispute to be heard, and whether the courts of another state would be a more convenient location.

In his analysis, the judge looked at whether the parents and children retained a significant connection to New Jersey, which they did, as the father continued to live there and had visitation time with his children there on a regular basis. The judge considered other factors, such as whether evidence of or witnesses to the alleged abuse would be in New Jersey or Massachusetts, whether the financial circumstances of the parties made travel to one court or another prohibitive, how familiar each state was with the case, and the agreement of the parties to have their disputes heard in New Jersey. The judge ruled that, on balance, the factors favored allowing only New Jersey to hear the parents’ ongoing custody disputes.

If you’re facing a dispute over parenting time, spousal or child support, or other custody issues in New Jersey, contact the compassionate, skilled and effective Union family law attorney John B. D’Alessandro for a consultation, at 908-964-0102.