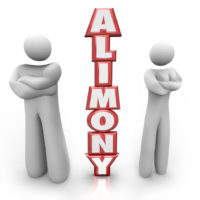 New Jersey Family Part judges often consider cases focusing on whether an alimony recipient is cohabiting with a new partner after a divorce, and if so, whether the cohabitation should spell the end of that spouse’s alimony payments. One such case recently resulted in a divide among the justices of the Supreme Court of New Jersey. The justices were faced with the question of whether a spouse who received alimony according to a property settlement agreement, and who had cohabited for a period of time with a boyfriend, should continue to receive alimony after the conclusion of the cohabitation, or if the right to alimony ended permanently with the cohabitation.

The facts of the case in question, Quinn v. Quinn, can be summarized succinctly. The couple at the center of the case divorced in 2006, after over twenty years of marriage. The spouses signed a property settlement agreement (PSA) which stated that the wife, whose annual income was roughly 10% of her husband’s at the time of the divorce, would receive permanent alimony. The PSA stated that alimony would “terminate upon the Wife’s death, the Husband’s death, the Wife’s remarriage, or the Wife’s cohabitation, per case or statutory law, whichever shall first occur.” Two years after the divorce was final, the husband returned to court to have his alimony obligation terminated, asserting that his former wife was cohabiting with her boyfriend.

After a 19-day-long hearing, the trial court concluded that the wife had indeed been cohabiting with a boyfriend for a period of two years, and that the cohabitation had since ended. The trial court ordered that alimony should be suspended for the period of cohabitation, with the husband paying half his regular alimony payment for a period of months to compensate him for the alimony paid during the cohabitation. The husband was also awarded his attorneys’ fees. Both parties appealed this decision to the Appellate Division, and then to the New Jersey Supreme Court after the Appellate Division upheld the trial court’s ruling.

On appeal, the husband argued that alimony should not have been reinstated after the cohabitation ended, based on the plain language of the PSA stating that alimony would terminate upon, among other things, the wife’s cohabitation. The court agreed with the husband and reversed the trial court’s decision. Under New Jersey law, if the parties are not governed by another agreement, cohabitation will only cause alimony to end where the cohabiting partner provides substantial financial support to the alimony recipient. In cases such as this where a PSA explicitly states that alimony terminates upon cohabitation, however, then the terms of that PSA will be upheld unless a party can show that they unknowingly or involuntarily agreed to those terms. The Supreme Court found no reason that the terms of the PSA should not apply in this case, and ruled that the obligation to pay alimony ended at the time that the wife began cohabiting with her then-boyfriend.

While four justices agreed that alimony should be terminated as of the date that the spouses cohabited, two justices disagreed strongly with the majority opinion. In a dissenting opinion, the two justices in the minority argued that provisions in PSAs that cause alimony to terminate upon cohabitation are outmoded and should be made illegal. “An ex-husband should not be empowered through a property settlement agreement to threaten his ex-wife with the termination of her alimony if she cohabits with another person, when the living arrangement does not change her financial circumstances. Anti-cohabitation clauses unrelated to the economic standing of an ex-spouse should be contrary to public policy because they serve no purpose other than as instruments of oppression,” the justices wrote.

If you are seeking trustworthy, dedicated, and knowledgeable legal help with your New Jersey divorce, prenuptial agreement, or property settlement agreement, contact Union family law attorney John B. D’Alessandro for a consultation, at 908-964-0102.