Suicide as a Breach of Marital Settlement Agreement 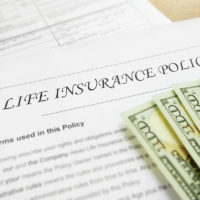 One of the cardinal rules of both divorces and estate proceedings is that you cannot get around paying your wife. A recent, morbid case, illustrates that the platitude extends even beyond death. A man was required to take out a life insurance policy benefitting his ex-wife and their children as part of their divorce settlement. He killed himself, which prevented the policy’s payout. The New Jersey Supreme Court then had to address the odd question of whether the ex-husband’s suicide was technically a breach of the divorced couple’s marital settlement agreement. Continue reading for details on the unusual case, and contact aknowledgeable New Jersey divorce and child support attorney with any questions.

In the matter of Woytas v. Greenwood Tree Experts, Inc., the New Jersey Supreme Court dealt with a case involving a divorced couple, Timothy and Christina, and their three children. Upon their divorce, the couple entered into a marital settlement agreement (MSA) which included a requirement that Timothy maintain a life insurance policy of $750,000. The insurance policy acted as security for Timothy’s child support and alimony obligations. The policy included a suicide exclusion which barred recovery of benefits if he committed suicide within two years of taking out the policy. Timothy married Sandra four months after divorcing Christina and took out another life insurance policy with similar restrictions. Timothy killed himself shortly thereafter, still within two years of the divorce with Christina and thus preventing the insurance payouts to either Christina or Sandra.

Christina filed claims against Timothy’s estate, claiming breach of the MSA, and Sandra filed claims against his estate for the value of the life insurance policy. The total claims amounted to over $1.4 million, although the estate assets totaled only around $447,000. Sandra argued that the children were only owed child support due over time, rather than the face value of the life insurance policy. If Timothy’s suicide did amount to a breach of the MSA, then Christina and her kids would essentially take the entire estate and leave Sandra with nothing.

The New Jersey Supreme Court found that Timothy’s suicide did indeed breach the MSA. The act “interfered” with the benefits to be paid under the policy, which breached the requirement that he “maintain” the life insurance policy as security for the child support he would owe. The Court agreed with the chancery court’s findings that if the exact amount of future child support were known for certain, then the court could simply use that as the calculation of how much the estate owes the children. But, because there were too many uncertainties (possible medical expenses, university costs, etc.), the appropriate measure of damages was the face value of the life insurance policy that was meant to be used to cover any outstanding child support obligations if Timothy had died under normal circumstances while still owing support. For that reason, Christina and her children were awarded all proceeds from Timothy’s estate (given that the face value of the insurance policy, $750,000, exceeded the value of Timothy’s assets upon death).