Strained Relationship with Child Not a Basis to Change Support Obligation 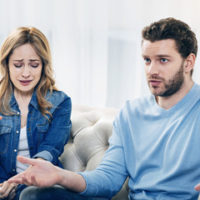 The New Jersey Appellate Division has recently issued an opinion which affirms a trial court’s order compelling a parent to support his children’s college expenses, despite having a strained relationship with his children and offering little input into the college selection decision. Learn about the court’s decision below, and contact a New Jersey family law attorney with any questions about New Jersey child support.

The case, titled K.L.B. v. R.B., is based on a father’s attempt to be relieved of his obligation to support his children’s college educations. The parents’ marital settlement agreement (MSA) had stated that the children’s college costs would be allocated between the parents, with the father covering 60% of the costs and the mother covering 40%. The agreement also noted that the couple’s son, who was already studying at Columbia University, might need to remain in school for a fifth year to complete his degree. The daughter was still in high school when the MSA was created. Nothing in the MSA made this support contingent on the strength of the relationship between the father and his children.

The father’s relationship with his children was troubled at the time of the creation of the MSA and only became more strained as time went on. As the daughter began the college application process, the parents exchanged a number of emails regarding the daughter’s decision-making and the schools she was considering. The father responded with numerous emails which implied that he would support the children’s college expenses only if the relationship between the father and children improved. There was no response via email to this demand.

The mother filed a motion enforcing the father’s obligation under the MSA to support his children’s college expenses, and the father contested that he was obliged to do so since he had not had input into his daughter’s choice of college. The family judge disagreed, ordering the father to meet his support obligation. The father sought reconsideration of this decision and also requested that the court order reunification therapy with his children.

The family court denied the father’s motion for reconsideration, and the Appellate Division affirmed this denial. The Appellate Division’s opinion noted that, when parties to a support obligation request that that obligation be modified, they must show that circumstances had changed since the obligation was created. The opinion explained that these circumstances could include “an increase in the cost of living, an increase or decrease in the income of the supporting or supported spouse, cohabitation of the dependent spouse, illness or disability arising after the entry of the judgment, and changes in federal tax law.”

The father relied on none of these when requesting that his obligation be changed. Instead, he relied on the deterioration of his relationship with his daughter and an alleged lack of communication about her college search. However, the opinion noted, the father’s relationship with his children had been rocky long before the daughter’s college search began. The mother had produced numerous emails showing that the father had been kept fully informed of his daughter’s college search, even though his attempts over email to place conditions on his support had gone ignored. The opinion concluded that the father had not presented any evidence to warrant a change to his support obligations under the MSA. The opinion also noted that compelled reunification therapy with children in college, and with whom the father’s relationship had begun deteriorating prior to the divorce, was “simply unrealistic.”

For skilled, seasoned legal help with a New Jersey divorce or custodial dispute, contact the Union offices of John B. D’Alessandro for a consultation at 908-964-0102.