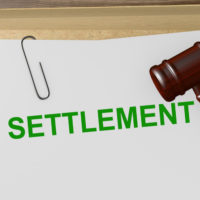 Family court cases necessarily involve high emotions. These judgments have an intimate impact on the parties’ lives. As a result, family court judges tend to exercise their discretion and not strictly follow the rules more often than other judges. These courts are more likely to reconsider judgments or determine that settlement agreements were unfair if they would cause an unjust result. That said, family courts still require that parties make every effort to be responsible and timely when asking the court to reconsider a judgment. The Appellate Division recently rejected a former spouse’s attempt to undo a settlement agreement entered years before where that spouse failed to show a good reason for the delay or the unfairness of the result.

The spouses in the case titled Lingala v. Alkanti filed for divorce in New Jersey in 2011. The spouses had begun what looked to be a long and contentious divorce trial when something surprising happened: the husband was arrested based on an outstanding warrant from Massachusetts. The man was allowed to remain in New Jersey to finish the divorce trial, but remained in custody and had to be handcuffed in the courtroom. The day after the arrest, the spouses decided to engage in intensive mediation. They were successful in resolving the remaining disputed issues in their divorce.

After the marital settlement agreement (MSA) reached by the spouses was presented to the court, the judge questioned the husband at length over whether he understood and had agreed willingly to the terms of the agreement. The husband assured the judge that he understood the terms and had agreed to the settlement of his own accord. The MSA required that the husband pay child support to the wife in an amount based in part on an income imputed to the husband and a valuation of his business that was created by an expert hired by his wife to testify at trial.

The husband began to contest the MSA shortly after it was entered, largely contesting the amount in child support he had been ordered to pay. During that time, he also sought the court’s help in enforcing other aspects of the agreement. It was not until two years after the MSA was entered that the husband claimed he had been coerced into agreeing to the settlement by the judge’s hostility and the fact that he was in handcuffs during the settlement negotiations. The man filed a motion to have the judgment declared void for these reasons.

The trial court rejected this attempt to undo the judgment enforcing the couple’s MSA, and the Appellate Division affirmed the decision. The Appellate Division’s opinion explained that motions to declare judgments void should occur within a year of the judgment being entered, a deadline which had long since passed in this case. The opinion noted that this deadline can be extended where “truly exceptional circumstances are present,” but that the party seeking to have the judgment thrown out would need to prove that enforcing it would be “unjust, oppressive or inequitable.”

In this case, the Appellate Division concluded that the husband hadn’t proved why he couldn’t have requested this relief earlier. The husband being in handcuffs during the settlement negotiations, the amount of income attributed to him, and the judge’s alleged hostility were not new facts. The husband had had abundant opportunity to have the judgment declared void after the fact, but he did not. The husband was represented by experienced attorneys during the trial. He didn’t seek to have trial postponed until he could resolve the outstanding warrant. In fact, the husband had even sought to enforce the judgment he was now claiming was inherently unjust. The Appellate Division concluded that there was no evidence that enforcing the judgment violated either the letter of the law or more general rules of fairness and equity.

If you’re facing a complex divorce and need knowledgeable and effective counsel by your side through the process, contact the Union offices of family law attorney John B. D’Alessandro for a consultation, at 908-964-0102.