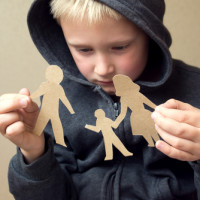 With increasing frequency, many couples seeking a divorce or changes to a custodial arrangement are selecting alternative forums to resolve their legal issues. Now, the New Jersey Supreme Court has enacted new rules to ensure that arbitrations of divorces or other family law matters are uniform and fair, further legitimizing and institutionalizing arbitration as a valid alternative to prolonged court battles.

The new rules governing arbitration add several requirements to help ensure that parties to an arbitration understand what they have agreed to, including the rights which are being waived. One such requirement is that parties must sign a contract before they can enter arbitration which states that they understand they’re waiving their right to go to court, that the circumstances under which an arbitration agreement can be challenged are limited, and that they have had time to consider their decision to arbitrate and are doing so voluntarily. Additionally, arbitrations that relate to child custody and parenting time must meet higher evidentiary and record-keeping standards than other family-related arbitrations. For instance, all arbitrations relating to child custody must be fully transcribed or recorded; there must be a record of all documents submitted as evidence; and the arbitrator must create a written award that details the decision and the legal reasons behind it, focusing on the best-interest-of-the-child standard.

Keep in mind that certain subjects are not eligible to be decided in arbitration or mediation in New Jersey, due to the increased gravity of the subjects or constitutional concerns. Those subjects include domestic violence issues, entry of final judgment of a dissolution of relationship or annulment, cases involving the Division of Child Protection and Permanency, juvenile delinquency actions, family crisis cases, and adoption cases.

Overburdened family part judges are often compelled to schedule trials over long spans of time to accommodate their entire docket, making a final resolution of your case extend months or years into the future. A private judge deciding your arbitration matter can typically hear and decide matters in a fraction of the time of a Superior Court judge. Court cases also tend to involve much greater expense in costs and fees, due to the costs of motion practice and the increased acrimony that typifies courtroom litigation versus arbitration or mediation actions. Also, unlike court actions, which become part of the public record whose documents are searchable online, arbitration and mediation are private.

If you are seeking experienced counsel for your New Jersey divorce or custody determination, or wish to consider bringing your action before an arbitrator in lieu of a judge, contact knowledgeable Union family law attorney John B. D’Alessandro for a consultation at 908-964-0102.