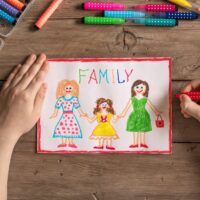 The United States Supreme Court has taken up a number of heavily politicized cases over the past year, issuing decisions on hot topics including whether workplace antidiscrimination protections apply to gay, lesbian, and transgender employees, and whether the federal administration can unilaterally end an Obama-era immigration program allowing undocumented immigrants who arrived in the country at a young age to stay in the country legally. The Court recently accepted a case that could have far-reaching implications for same-sex couples and spouses seeking to adopt children. Continue reading to learn about the case and reach out to a knowledgeable New Jersey same-sex marriage and civil union attorney if you need help with a New Jersey family law matter.

One of the most heated legal debates of the modern era involves the conflict between religious liberties and other individual civil rights. Employers, restaurants, adoption agencies, and other service-based businesses have been seeking to push back against the expansion of protections in areas such as women’s reproductive rights and gay rights. Employers who view birth control as immoral, for example, object to being forced to cover birth control as part of employee health plans. The Supreme Court recently granted a partial victory to those employers. Likewise, some adoption agencies, often run by faith-based organizations, have been rejecting applications from same-sex couples based on alleged religious objections.

Recently, the Supreme Court accepted a case that will squarely address the ability of faith-based adoption agencies to refuse same-sex couples for religious reasons. The matter of Fulton v. City of Philadelphia arose after the City cut off referrals to the Catholic Social Services (CSS) adoption agency due to CSS’s refusal to certify same-sex couples as foster parents. CSS challenged the City’s decision, claiming religious discrimination. The case is meant to address three questions:

● What kind of showing must plaintiffs such as CSS make to prove religious discrimination?
● Can the government continue to enforce laws that burden religious beliefs or practices, so long as the laws are neutral and generally applicable (i.e., laws that prohibit discrimination based on sexual orientation)?
● Is it a violation of the rights of a religious social services agency to make its participation in the foster care system contingent on actions and statements by the agency that conflict with the agency’s religious beliefs?

Although the legal questions are complicated, the real dispute generally boils down to this: Does an organization’s right to freedom of religion allow it to violate someone else’s right to freedom from discrimination? The Court’s ultimate decision could have far-reaching implications for the rights of same-sex couples as well as the rights of faith-based organizations in the realm of foster care and adoption, as well as in other arenas.

Get Help With Your New Jersey Family Law Needs