How to Prove You’re a Fit Parent in Court in NJ? 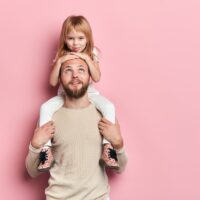 There is little more insulting and alarming than having your parental rights threatened via allegations that you are an unfit parent. If your former spouse or another party tries to take away your custody rights by claiming that you pose a danger to your kids, what can you do? Continue reading to learn how New Jersey deals with allegations concerning parental fitness, and call a seasoned New Jersey child custody and parenting time attorney for help with a New Jersey family law matter.

When Does Parental Fitness Come Into Play?

When parties are going through a divorce or are otherwise engaged in a custody battle, the court’s primary concern is the best interests of the child. New Jersey courts presume that children benefit the most from continued contact with both parents. They will only strip one parent of their parental rights if allegations concerning that parent’s fitness are raised in the dispute, typically by the other parent. The court will generally not take it upon itself to question the parents’ fitness to raise children, focusing instead on other factors.

It’s About Proving You’re Not “Unfit”

New Jersey courts assume parents are fit until given reason to believe otherwise. Alleging that a parent is unfit means alleging that the parent is not capable of providing a nurturing and safe environment for the child, such that leaving the child in the care of that parent puts the child at significant emotional and/or physical risk. Typically, unfitness is demonstrated by showing the parent would provide an unsafe environment for the child, often due to one or more of:

Proving a parent is unfit is typically accomplished by showing objective evidence that the child would be in danger if left with that parent. Evidence might include criminal convictions; prior restraining orders; medical records showing abuse; school records showing truancy or poor grades; testimony from social workers, family, friends, teachers, physicians or other parties; abusive communications (voicemails, emails, text messages); failed drug screenings; and other evidence of danger, neglect, or abuse.

If a parent is accused of being unfit, they can defend themselves by either pointing out a lack of objective evidence showing they are unfit or by presenting affirmative evidence of their fitness. A parent accused of alcohol or substance abuse might, for example, consent to drug testing or substance abuse counseling. They might present school records showing how well the children are performing in school and extracurriculars while under that parent’s care. They might counter with texts, emails, or voicemails in which the other parent threatens to lie about abuse, criminal activity, or drug addiction in order to win custody.