Prenuptial Agreement Invalid without Full Comprehension of Both Parties 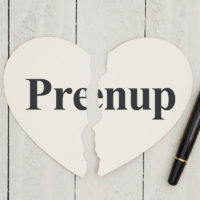 New Jersey law strongly encourages fairness among couples creating prenuptial agreements. Couples must ensure that both future spouses understand the terms of an agreement and what is being waived by their signature. Without this knowing consent to the agreement, courts won’t enforce them against an uninformed party. A recent case before the New Jersey Appellate Division gives an example of a prenuptial agreement that missed the enforceability mark in numerous ways, possibly even veering into fraud. Read on to learn more about the case, and contact an experienced New Jersey prenuptial agreement attorney if you have any questions.

The case of Dobre v. Dobre involved a couple that had been married nine years when the wife filed for divorce in 2013. The husband, a Serbian immigrant, had come to the US between 1999 and 2001 (the spouses’ testimony differed on this point). The husband was on a temporary work visa until he married the wife, a US citizen. The wife testified that, despite the husband’s first language being Serbian, the husband read and wrote English. The couple conversed in both languages at home.

The wife owned two properties prior to the marriage and regularly received monetary gifts from her mother. The wife testified that she would not marry the husband without a prenuptial agreement since he “wasn’t a citizen and [she] didn’t know if he was marrying [her] just for papers or for love.” She claimed to have gotten the husband’s consent to sign a prenuptial agreement, and had one created which established that property owned by both parties before the marriage would remain their separate property. The agreement referenced appraisals and account statements for the wife’s properties and accounts, but none were attached to the agreement. The agreement also stated that it had been reviewed by attorneys for each spouse, but their names weren’t listed. The wife claimed that her husband’s former immigration attorney reviewed the agreement on his behalf, and that the couple signed it before a notary in her husband’s attorney’s office.

The husband’s testimony of these events differed sharply from his wife’s. He testified that his wife asked him to sign “life insurance paperwork” that would benefit her mother. He remembers signing it in their kitchen, believing that it was a waiver of any interest in his wife’s life insurance proceeds. His immigration attorney testified that he did not represent the husband in reviewing a prenuptial agreement, that he did not employ anyone with the name of the notary on the prenuptial agreement, and that he practices immigration law exclusively.

In this case, the prenuptial agreement fails on essentially every front. The husband testified that, not only did he not understand that the wife wanted him to sign a prenuptial agreement, nor have the chance to consult with an attorney to review it, but he was tricked into signing it when he did. The wife claimed that the husband had received the account and property valuations separately from the prenuptial agreement but could not produce copies of what she claims to have given him. The court found the immigration attorney’s testimony particularly convincing in proving that the husband had no chance to discuss the agreement with outside counsel, nor to knowingly waive his right to do so in writing.