If I Have a Prenup, Does the Marital Lifestyle Factor into Divorce? 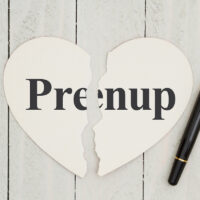 If you have been through a divorce or are going through one now, you may be familiar with the phrase “marital lifestyle.” The phrase arises when the parties and the court are determining whether an award of alimony is merited given the circumstances of the case, and if so, how much alimony is appropriate. The marital lifestyle is one of many factors that come into play in evaluating an alimony award, along with the duration of the marriage, the financial needs and circumstances of each party, and the health and likely future income of each party.

However, if the parties have a prenuptial agreement that addresses alimony, should any of those factors play a role? Should there be any analysis other than determining if the prenup was valid? The New Jersey Appellate Division recently had occasion to review this issue. Continue reading for a discussion of the case and the effect of prenuptial agreements on alimony awards, and speak with a knowledgeable New Jersey alimony and family law attorney if you are contemplating or going through a divorce and have not secured counsel.

Steffens v. Steffens is an unpublished decision, meaning that it does not carry weight as precedent, but it can still provide a useful look into how New Jersey courts evaluate prenups and alimony. The case involves a married couple divorcing after 20 years of marriage. They entered into marriage with a prenuptial agreement.

Prenups will govern issues such as alimony unless there is reason to find them unenforceable or invalid. A prenup can be invalid if it was, for example, signed under fraud or duress, and it may be unenforceable if it is considered “unconscionable.” A prenup may be found to be unconscionable if it is extremely one-sided and would leave one party in financial hardship, including by leaving one party entirely “without a means of reasonable support.” Recent amendments to New Jersey law relating to prenuptial agreements actually make invalidating a prenup even harder for marriages entered into after June 27, 2013. Under current New Jersey law, unconscionability is no longer a proper grounds for invalidation. The marriage at issue in Steffens involved application of New Jersey’s former statute, which did include unconscionability.

The Appellate Division found the trial court had evaluated the relevant issues appropriately. It was proper only to evaluate the financial need of the wife, to ask whether she would be left without a means of “reasonable” support. The marital lifestyle had no bearing on whether she would be able to support herself. Here, she had such means through other parts of the prenup and her other financial resources; she did not “need” more alimony than was agreed upon in the prenup.

If you’re in need of talented, passionate, and effective legal help with alimony, child support, or other family law matters in New Jersey, contact the Union offices of family law attorney John B. D’Alessandro at 908-964-0102.