Is a Spouse Entitled to Premarital Property in a Divorce? 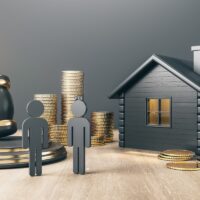 Marital property is subject to equitable division upon divorce. All types of assets can be considered property–real estate, stocks, bank accounts, investment accounts, business interests, etc. Not every asset is a marital asset, however. Parties are entitled to keep the entirety of their separate assets. One major category of separate assets is assets acquired before marriage. To learn how New Jersey courts treat premarital property, read on, and call a knowledgeable New Jersey marital property division attorney for help with a divorce or other family law matter.

It’s not always so clear-cut, however. There are many situations in which separate property, including property acquired before the marriage, can be treated as part of the marital estate.

Property That Appreciates in Value During the Marriage

Property acquired before marriage can grow in value during the marriage. Retirement accounts, real estate, stocks, businesses, etc. All of these things may start as separate property, but if they become more valuable during the marriage, does that convert them into marital property? It depends.

Courts generally distinguish between “passive” and “active” growth in value. Stocks acquired before the marriage that grow in value during the marriage without either party putting in any effort would be an example of passive growth. Because neither party put any time, effort, or resources into growing the value of the stocks, and the value grew due to forces outside of their control, those stocks would remain a separate asset; even the growth in value would remain separate.

On the other hand, property that is actively managed, and to which the other spouse contributed, may become a marital asset. If one spouse buys a house before the marriage, and the other spouse spends time, effort, and money on improvements to the home, then the growth in value (the difference in market value before the marriage and at the time of divorce) might be considered part of the marital estate. If it becomes impossible to separate the premarital and post-marital value of an asset, then the asset will likely be treated as marital.

Another scenario that can complicate matters is commingled assets. If one party had a separate bank account, for example, with significant funds, and then one or both parties deposited (marital) income during the marriage into that account, that account might become at least in part a marital asset. Using separate property to acquire a marital asset, such as selling stock acquired pre-marriage to buy a house for the family, can cause the value of those assets to become marital property (i.e., the home is still marital property even though acquired with separate assets).

If separate assets become entangled with marital assets, some or all of the property is likely to become part of the marital estate. To protect separate property, avoid commingling assets or otherwise confusing the matter by, for example, putting the other spouse’s name on the title of the property or as an owner of a separate account.

Property Purchased for the Marriage

For example, if the parties were dating or engaged and planned to marry, and one party bought a house with separate assets and put only their own name on the title, that house may or may not be considered marital property. The court will look into whether the non-paying spouse had significant input in selecting and/or designing the house, whether they contributed effort toward picking the house, negotiating the price, working through the closing process, etc., and whether other joint assets were used in maintaining or improving the house. If the court determines that the property was purchased in contemplation of marriage, then the court may consider the house to be marital property.

It’s important to keep in mind that although premarital property is not generally subject to division in divorce, that does not mean it is irrelevant. Parties must disclose all of their assets and liabilities, both marital and separate property, as part of the divorce process. Each party’s income, assets, debts, and complete financial situation are relevant to the divorce more broadly. The court can take into account each party’s finances when deciding upon equitable distribution, as well as when making determinations regarding child support and spousal support/alimony.

If you’re dealing with equitable division of property or considering divorce in New Jersey, contact the seasoned and thorough Union family law attorney John B. D’Alessandro for a consultation.