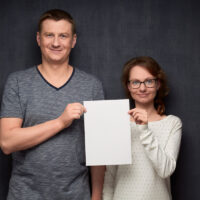 Most of our clients are familiar with premarital or prenuptial agreements (aka “prenups”): Before entering a marriage, you and your spouse can agree on a variety of financial matters concerning your marriage and what would happen in the event of a divorce. Fewer people are aware, however, that people in a long-term relationship without marrying can enter into a similar agreement, regardless of whether they plan to marry. New Jersey recognizes so-called “cohabitation agreements” and will enforce them depending on their content. Read on to learn the differences between prenups and cohabitation agreements in New Jersey, and contact an experienced New Jersey divorce and family law attorney with any questions or for help with a New Jersey family law matter.

Prenups are for everyone

As a reminder to anyone who believes that prenups are only for the rich and famous: That is not the case. Premarital agreements can save any married couple time, energy, and emotional distress should they eventually divorce. We encourage prenups for many couples regardless of their financial means to plan for the division of property, establishing shared or separate ownership of your house, car, and other assets, protecting an inheritance for preexisting children, and beginning to determine such things as alimony and child support. Going through the process also encourages parties to disclose their assets and debts with one another prior to marriage so that both spouses enter the legal relationship with eyes wide open.

How are cohabitation agreements different?

You may use a cohabitation agreement as the foundation for what will eventually become a prenuptial agreement, should you and your partner marry. The agreement can be as broad or as narrow as you like, covering childcare, guardianship, financial support, housing and living expenses, pet ownership, or whatever other issues you and your partner believe will come into play while you cohabitate or should you separate. Cohabitation agreements can be used to waive rights as well, such as waiving the right to inherit property so that preexisting children from prior relationships will keep the family property.

The difference between premarital agreements and cohabitation agreements lies in how they are interpreted and enforced. Premarital agreements are governed by family law and other specific statutes, while the general principles of contract law govern cohabitation agreements. Disagreements about the meaning or enforceability of a provision, for example, will be resolved by principles of contract interpretation and general public policy rather than the specific laws and cases that apply directly to prenups.

Moreover, you can use a cohabitation agreement to grant legal protections that married couples would have automatically, such as health insurance coverage or a healthcare directive allowing one partner to make medical decisions should the other become incapacitated (a right typically reserved for legal family members). Your New Jersey family lawyer can help you determine what you should include in your cohabitation agreement to best protect your interests and those of your family.

If you’re in need of compassionate, experienced, and talented legal help with a premarital agreement, divorce, or other family law matter in New Jersey, contact the Union offices of family law attorney John B. D’Alessandro at 908-964-0102.