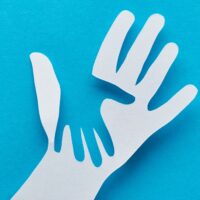 When you are dealing with divorce or other family law proceedings, the sheer volume of the legal terminology being thrown around can be overwhelming. Different states use different terms to mean different things, and many legal concepts have evolved over the years in light of societal changes. It’s easy to get confused when one person, website, or law refers to child custody, while another says something about parenting time or a parenting plan. Below, our seasoned New Jersey family law legal team demystifies the differences between parenting time, visitation, and child custody law in New Jersey. Reach out to a knowledgeable New Jersey child custody and parenting time attorney with any questions or for help with a New Jersey family law matter.

The Term “Visitation” Has Faded from Use

Historically, and in some states currently, the law distinguished between child “custody” and parental “visitation.” The parent with custody (the “custodial” parent) was the parent with whom the child actually resided most or all of the time, while the other (“noncustodial”) parent had “visitation” rights–meaning the right to spend time with their kids. In recent years, New Jersey courts and lawmakers have moved away from those terms.

Nowadays, New Jersey courts and family lawyers most frequently refer to “parenting time.” Parenting time and visitation both refer to the same idea–each parent’s allotted time with the kids. Parenting time is generally distinguished from legal and physical custody. A parenting time schedule can be established by the parents or the court in a parenting plan (or parenting time plan) upon divorce or otherwise in a custody dispute.

Parenting time, like visitation, generally refers to the time each parent spends with the kids. Parenting time can be scheduled in a parenting time plan and legally enforced when incorporated into a court order. A parenting plan might, for example, have the kids living with each parent on alternating weeks and set dates for each parent to have time with the kids, such as weekends, holidays, summer breaks, social outings, and school events.

If you’re dealing with child custody issues or considering divorce in New Jersey, contact the experienced and dedicated Union family law attorney John B. D’Alessandro for a consultation.