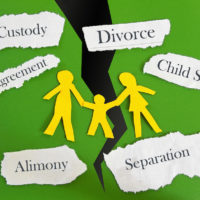 In 2007, several New Jersey counties implemented a pilot program which made Parenting Coordinators (PCs) an official part of the family court system. Judges could appoint PCs to serve as a neutral to negotiate smaller conflicts that develop between divorced couples with minor children, with the stated goal of decreasing conflict between parents and helping them to develop tools to make communication and compromise easier moving forward. PCs could recommend a particular outcome, but they were not authorized to change an existing court order or judgment without all parties’ agreement. Despite these restrictions on PCs’ authority in the pilot program guidelines, judges in numerous counties not participating in the structured pilot program but which still used PCs allowed these individuals to review motions and make modifications to existing orders that were not later subjected to judicial review. The Appellate Division had previously ruled this practice unacceptable, stating that trial judges could not order parties to comply with the decisions of PCs, but needed to serve as the ultimate decision-maker themselves. However, judges were found to have allowed this practice to continue.

The latest word from the Appellate Division on PCs’ role in the Family Part system came in the recent decision issued in Parish v. Kluger. The couple in this case were divorced in 2008 and seem to have been almost continuously before the court since that time on various custodial disputes. The Family Part judge in this matter had appointed at least two PCs to navigate the disputes between the former spouses, after the father had requested the replacement of the prior coordinator.

The Appellate Division pointed out that the dispute between the parents over the father’s amount of parenting time needed closer examination by the court, not the PC. The Appellate Division found that the court’s ruling “vest[ed] in the parenting coordinator the resolution of the parties’ conflicting positions as to why the MSA Parenting plan was not working. The court has no authority to delegate its decisionmaking to a parenting coordinator. Further, a trial court has no authority to require parties to abide by [the parenting coordinator’s] recommendations.” The Appellate Division ordered that the trial court reexamine the couples’ various disagreements and that it issue a ruling that more clearly details the facts and rationale behind the decisions, holding a hearing before making such a ruling, if necessary.

If you are facing a dispute before a New Jersey Family Part judge over a divorce or parenting time, contact skilled and compassionate Union family law attorney John B. D’Alessandro for a consultation on your case, at 908-964-0102.