Do Two Months of Overnight Stays Count as Cohabitation in New Jersey? 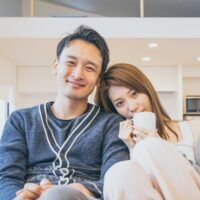 We have talked before about how an alimony recipient’s cohabitation with a new partner can be a grounds for ending support obligations in New Jersey. Cohabitation can be a tricky thing to prove, however. It is certainly broader than remarriage and may reach more than couples who are living together full-time. Read on to learn about how the Appellate Division considered the issue of cohabitation in determining whether alimony should be ended in a recent case. The decision is non-precedential but is still informative. Reach out to a seasoned New Jersey alimony and support modification lawyer for help with a question about New Jersey family law.

Two months may or may not be cohabitation, but it will get you discovery

The case titled Wadja v. Wadja involved a couple that divorced in February 2018. As part of the Marital Settlement Agreement (MSA) incorporated into the final judgment of divorce, the plaintiff in this matter was obligated to pay limited duration alimony of $425 per week for twelve years and to maintain a life insurance policy for the benefit of the defendant and the parties’ shared child for the duration of the alimony obligation. The alimony obligation was subject to termination if the defendant “cohabitated or remarried” with another person.

The Appellate Division disagreed. While the appellate court did not find that the plaintiff had yet demonstrated cohabitation–defined as “a mutually supportive, intimate personal relationship in which a couple has undertaken duties and privileges that are commonly associated with marriage”–the court found that the plaintiff had at least shown enough to warrant further discovery. The case was remanded for further proceedings. The Appellate Division also specifically ordered that the case be remanded to a different family court judge to avoid any appearance of bias.

Call for Assistance With a New Jersey Alimony Dispute

If you are dealing with alimony, child support, or any other family law issues in New Jersey, speak with a dedicated and effective alimony and family law attorney at the Union offices of John B. D’Alessandro. Call us today at 908-964-0102.