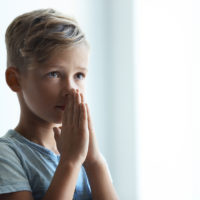 New Jersey case law permits parents to agree in a property settlement agreement (PSA) on the type of religious education their children will receive post-divorce. However, there are limits on the degree to which these agreements can impact the rights of the alternate parent to expose their child to alternative religious traditions. A recent New Jersey Appellate Division addressed the question of whether a non-custodial parent could take his children to a different church than the one described in the couple’s PSA. Learn about the religious case below, and contact a skilled New Jersey child custody attorney for help in your divorce or custody dispute.

The parents at the center of Dilisi v. Dilisi divorced in 2014 after having two daughters. In their PSA, the couple agreed that the mother would serve as the parent of primary residence, with the father serving as the parent of alternate residence. The father was awarded alternating weekend custody of the girls. The parents agreed that the children would be raised Roman Catholic, and the parents shared the cost of tuition to send their daughters to private Catholic school. The children also completed the Catholic sacraments of First Communion, First Penance, and baptism, and the older daughter was in the process of preparing for Confirmation around the time that the parents ended up in court. While he did not request a change to the PSA nor seek to remove his children from Catholic school or prevent them from attending Catholic mass, the father began taking his daughters to a non-denominational Christian church on the Sundays that he had custody of the girls.

After the mother failed to respond to the father’s requests to take his daughters on a vacation, the father sought the court’s help in enforcing his rights under the PSA. The mother responded with demands of her own, including a request for an order that prevented the father “from taking the girls to a non-Roman Catholic Church.” The judge granted the mother’s request, ordering that the father “shall only take the children to a Roman Catholic Church.” The judge explained that his decision was based on the PSA’s provision that the children would be raised Roman Catholic, which he took to mean that “if anyone’s going to take them to church, that’s the church they have to go to.”

The Argument Against Enforcing Religion