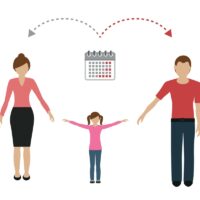 If you are going through a divorce in New Jersey, or if you are in the middle of a custody battle, you have likely heard the term “parenting plan.” A parenting plan is an agreement between parents over the distribution of parenting time. The parents can draft the agreement themselves, or they can rely on professionals, including lawyers, child psychologists, and mediators, to help draft the plan. Agreeing on a parenting plan can be key to helping a divorce run more smoothly and amicably, and can prevent custody battles from becoming vicious, drawn-out affairs that do more harm than good for everyone involved. Read on for a discussion of parenting plans in New Jersey and call a savvy New Jersey child custody attorney for help with a child custody matter or New Jersey divorce.

What does a parenting plan generally cover?

In New Jersey, parenting plans are meant to cover all aspects of “parenting time.” Parenting time is a broad-brush term that includes all physical time spent between parents and their children. That includes physical custody (living arrangements), visitation, specific events, and any other arrangements the parents choose. Parenting plans can be as simple as giving equal physical custody time to each parent, or as granular as deciding where the kids will spend each weekend, summer vacation, and holiday.

How are parenting plans typically structured?

The primary function of a parenting plan is to lay out a structure for physical custody. Custody is determined based either on the agreement of the parents or according to the court based on the best interests of the child. The most common base custody arrangements include the following:

Advice and Representation for Your New Jersey Child Custody Matter

If you are dealing with child custody, visitation, or other family law issues in New Jersey, speak with the seasoned and effective family law attorney John B. D’Alessandro. Call us today at 908-964-0102.