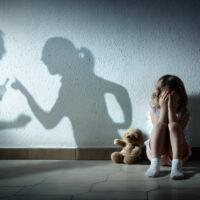 Husband’s constant messages, erratic behavior, and drug use were sufficient to obtain FRO

The case of DS v. GS involved a divorcing couple.  The plaintiff-wife obtained a FRO against her husband while the divorce proceedings were pending, based on his alleged harassment and the need to protect herself from immediate harm.  The defendant-husband appealed the FRO, claiming the family court based its decision on insufficient evidence.

On appeal, the court explained the grounds for granting a FRO.  The judge must determine first that the plaintiff has proven “by a preponderance of the credible evidence” that the defendant has committed “one or more of the predicate acts set forth” in New Jersey’s domestic violence statute.  The statute provides a list of other crimes that qualify as “domestic violence” when committed against a romantic partner or household member.  Second, the judge must find that a restraining order is “necessary to provide protection for the victim.”

In this case, the plaintiff alleged that her husband was harassing her, one of the predicate acts listed in the domestic violence statute.  Harassment involves threats, physical violence, or other alarming conduct committed “with purpose to harass another.”  The court emphasized that there must be a purpose to harass.  The court can use “common sense and experience” to evaluate whether the defendant intended to harass the victim, but a plaintiff’s “subjective reaction to the conduct, standing alone, is insufficient to establish that a defendant acted with improper purpose.”  The defendant must have intended to harass the victim, not merely engaged in conduct that the defendant understood could alarm the victim.

Here, the plaintiff’s husband entered her home without her permission at six in the morning and proceeded to yell and threaten her.  She also pointed to multiple voicemails and social media messages sent by the defendant, as well as instances in which he brought a knife to the plaintiff’s friend’s home and stated that he “wanted to kill her.”

As to the second prong, the court found that the plaintiff’s fear of imminent harm was credible.  The defendant repeatedly engaged in harassing and threatening conduct as described above, including threatening to kill himself, and he has a history of drug use.  Based on these facts, the appellate court found both that the defendant engaged in conduct intended to harass the plaintiff and that a restraining order was necessary to protect the plaintiff from imminent harm.  On those grounds, the court upheld the granting of a FRO.