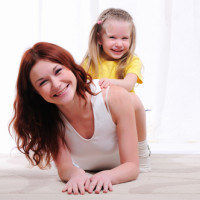 Sadly, not every divorce is amicable, and even years after a divorce, the parties may still be fighting over custody, support and other matters. When the disputes involve children, the family court judges do their best to keep the children’s best interests as the foremost consideration in every decision they make.

In the recent decision of Ferriola v. Chiarulli, the appellate division of the New Jersey Superior Court upheld the decision of the family court judge in expanding parenting time for the mother and restoring the child’s original first and middle name, which had been unilaterally changed by the father while he had sole legal custody of the couple’s four-year old daughter.

The parents in this case, who never married, both have a history of drug and alcohol abuse. Their daughter was born with drugs in her system and withdrawal symptoms, which led to a finding of abuse or neglect against the mother and the granting of sole physical and legal custody to the father.

The father went to court objecting to this expanded visitation, arguing that the court should not have made these changes without conducting a full hearing first. He also objected to the judge granting the mother’s request to add her last name to the child’s as an additional middle name, arguing this should not have been done without a hearing. Ironically, the father himself had previously changed the child’s name without notifying the mother when he had sole legal custody.

The appellate judges affirmed the actions of the trial judge. They noted that this particular judge has been carefully overseeing this case for three out of the four years of the child’s life and has been taking a careful, deliberate and reasoned approach to integrating the mother into the child’s life, which is in line with the preferred policy of New Jersey to allow both parents to take a meaningful role in their children’s lives. The judge’s actions in this case appear to have been taken in the child’s best interests, and the appeals court saw no reason to second guess those decisions.