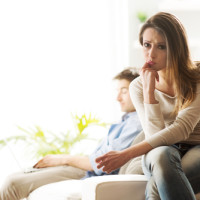 The New Jersey Senate Judiciary Committee has recommended that a substantial change be made to New Jersey’s 2010 palimony law that could potentially invalidate hundreds of agreements between cohabitating couples. The Committee recommended the Senate pass a bill, no. S2553, that would make retroactive its 2010 law requiring all palimony agreements be in writing to be enforceable. The validity of such agreements dates back to entry of the landmark 1979 New Jersey Supreme Court ruling Kozlowski v. Kozlowski, which made palimony agreements entered into by unmarried couples enforceable, regardless of the manner in which they were entered. The Senate’s 2010 bill altered the statute of frauds to add palimony agreements to the list of contracts which are unenforceable if not executed in writing, and if not executed with the assistance of counsel for both sides to the agreement. Should Senate Bill S2553 pass, all palimony agreements entered between 1979 and 2010 which do not conform to the new requirements under the law would become invalid if not made to conform within a year of the law’s passage.

Numerous arguments against the passage of this bill have been raised by such groups as the New Jersey State Bar Association. At the meeting of the Judiciary Committee where this bill was ultimately recommended for passage, the Bar’s legislative liaison pointed out that, since legal counsel is required for both parties to enter into a valid palimony agreement, the primary breadwinner in the couple is at a distinct advantage. Additionally, such questions as how couples with existing oral agreements should learn that their agreement has become invalid, and what happens if a party decides not to put in writing an agreement that the other party had long relied on, were raised at the committee meeting. Ultimately, the bill was recommended by a 9 to 4 vote, and has now been left to the New Jersey Senate to decide.

The bill was drafted in direct response to a September 2014 New Jersey Supreme Court ruling, Maeker v. Ross, holding that the law does not apply retroactively. In that case, the plaintiff claimed that she had relied on an oral agreement between herself and her longtime partner in deciding to abandon her career, having been told that she would be provided lifelong support by the defendant, and having been put in charge of managing the defendant’s finances. The couple parted ways roughly eighteen months after the passage of the palimony law, so when the plaintiff sought to enforce the oral agreement in the Chancery Division after the split, the defendant moved to dismiss based on the 2010 law. Initially, Maeker was successful in defeating the motion to dismiss, which Ross successfully appealed, but the Supreme Court sided with Maeker in finding no legislative intent to make the revised palimony law retroactive. The Court, in an opinion by Justice Barry Albin, reasoned that the state’s lawmaking body “is aware that our courts will not retroactively apply a new provision of the Statute of Frauds to void a previously formed lawful oral contract in the absence of a clear legislative expression to the contrary.” The Judiciary Committee now seeks to make clear that it wished the law to be retroactive when it was initially drafted, and is now stating that fact explicitly.

If you believe your palimony agreement may not conform to the current state law requirements, don’t wait to find out that the agreement is void when you try to enforce it before a judge. Seek out experienced family law attorney John B. D’Alessandro to assist you in making your agreement reliable and enforceable, even though you hope you never need it to be. Call today for a consultation on your agreement: 908-964-0102.