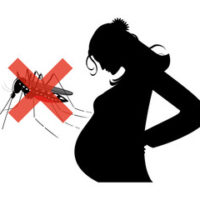 On May 30, 2018, Governor Phil Murphy signed into law the New Jersey Gestational Carrier Agreement Act, New Jersey Senate bill S482. The law recognizes as enforceable agreements under which a gestational surrogate carries a child to term, and upon the child’s birth custody and parental rights are given to a different parent or pair of parents. Read on to learn about the law and the requirements for a valid agreement, and contact a knowledgeable New Jersey family law attorney with any questions about child custody.

The law gets around a previous New Jersey Supreme Court decision

In 1988, the New Jersey Supreme Court issued an opinion in Matter of Baby M that effectively rendered “surrogacy contracts” unenforceable. The case involved a woman who was artificially inseminated with the semen of a man and signed a contract which would have relinquished the surrogate’s parental rights in favor of the man and his wife. The Court invalidated the contract, calling such agreements “illegal, perhaps criminal, and potentially degrading to women.” The Court voided the intended mother’s adoption and reinstated the surrogate’s parental rights but awarded custody to the natural father. The case was regarded as a blow to people who desired children but could not have them naturally, such as same-sex couples or those struggling with infertility.

Following the decision, surrogates were still permitted to give up parental rights, but the intended parents had to rely on good-faith agreements, unenforceable in court, and post-birth adoption. The intended parents were out of luck if the surrogate changed her mind at the time of birth.

The new Act recognizes “gestational carrier agreements” as enforceable if the requirements of the Act are fulfilled. There are numerous requirements for a valid agreement, including:

Parties are free to add additional provisions beyond the minimum requirements of the Act. The parties can seek a pre-birth order establishing parentage under the Act, and valid agreements are de facto proof of child support obligations owed by the intended parents.

The New Jersey legislature passed two prior versions of this bill in the last six years. Both bills were vetoed by then-governor Chris Christie.

If you have questions about child custody issues in New Jersey, contact the compassionate and experienced Union family law attorney John B. D’Alessandro at 908-964-0102.