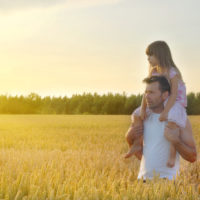 Divorce is never easy, and losing custody of a child in an embattled divorce can be one of the hardest things for a parent to accept. But violation of a custody arrangement is never a good idea, and it can lead to severe, even criminal, punishment. Even if done non-violently, taking a child against a court order may be considered “interference with custody,” also called “parental kidnapping.” Continue reading to learn about New Jersey’s parental kidnapping laws, and contact an experienced New Jersey child custody attorney for assistance.

If a parent violates a custody or parenting time order, courts have the power to sanction them under New Jersey Court Rule 5:3-7(a). Some potential sanctions include: compensatory time with the children; economic sanctions for any costs incurred as a result of the violation; modification to the transportation by, for example, requiring that the exchange of the child take place in a public location; temporary or permanent modification of the custody order; requiring the parent to do community service; and incarceration.

Interference with custody may lead to criminal charges under N.J.S.A. 2C:13-4. According to the law, a person is guilty of criminal “interference with custody” if they take, detain, or conceal a child, with the intention of depriving the custodial parent of custody or parenting time, or to evade the state’s jurisdiction, in violation of a current custody order or to thwart a future custody arrangement (for example, where a custody battle is already underway but a final order has not yet been issued). The child must be detained for more than 24 hours to trigger criminal charges.

The charges may be more severe if the parent takes the child outside of the United States. In addition to New Jersey law, the International Parental Kidnapping Crime Act (IPKCA), 18 U.S.C. § 1204, makes it a federal crime to take a child under 16 outside the U.S. with the intent to violate the lawful exercise of parental rights.

New Jersey’s custody interference law allows for a defense against the charges if the parent reasonably believed taking the child was necessary to protect the child from imminent danger; if the child is 14 or older and volunteers to go with the offending parent; or if the offending parent sincerely believed they had the other parent’s consent. Any parent who takes a child in violation of a custody order for safety reasons should as soon as possible inform the police or the Division of Child Protection and Permanency.

If you are not satisfied with your custody arrangement, seeking the help of a qualified attorney to modify the order is always a better choice than risking contempt of court or criminal charges by violating an existing order.

If you’re in need of efficient, knowledgeable, and skilled legal help with a divorce or custody dispute in New Jersey, contact the Union offices of family law attorney John B. D’Alessandro at 908-964-0102.