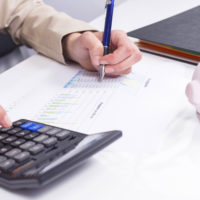 In an opinion offering an interpretation of the 2014 amendments to New Jersey’s alimony law, Judge Lawrence Jones of the Ocean County Superior Court ruled that an alimony-payor spouse could receive a reduction in his weekly alimony payments where he had lost his job and could find replacement work only for a substantially lower salary.

The case in which this issue arose, Mills v. Mills, centered on a couple who divorced after 13 years of marriage and the birth of two children, both of whom resided with their mother. At the time of the divorce, the husband and father was earning roughly $108,000 per year as a flooring salesman. The couple divorced in 2013. In January of 2015, the husband was laid off from his job when his job was eliminated, receiving a $35,000 severance payment when his position ended. After months of searching for a job, he received an offer of similar work in April of 2015, with a salary offer of only $70,000.

While he had initially attempted to keep up with the court-ordered alimony payments, relying on the severance payment in doing so, he was forced to request a reduction in alimony when the severance pay ran out in November of 2015. By the end of 2015, the husband’s compensation totaled $82,000, including the amount of a car allowance and performance bonus. The wife contested the reduction in alimony, arguing that the husband’s earning potential was still $108,000, and that he had not proven himself unable to earn at least this amount—in essence, that the husband was underemployed. The husband countered that he had earned that salary at his prior job only after spending over a decade proving his abilities as an employee, and would not be able to demand that salary immediately from a new employer.

In his opinion, Judge Jones pointed out that alimony-paying spouses who lost their jobs would often end up stuck in a “Catch-22” under the pre-2014 alimony statute; a spouse who accepted a lower-paying offer could be criticized for failing to hold out for more, and a spouse who declined such an offer could be criticized for turning down an opportunity to make at least a modest income. The judge went on to explain that, under the current statute, courts considering an application for a reduction in alimony could consider the applicant’s “documented efforts to obtain replacement employment” and the “obligor’s good faith effort to find remunerative employment at any level in any field.” Judge Jones reasoned that, when considering an application for reduced alimony in a case where the payor spouse took a lower-paying job, the court should ask:

Judge Jones concluded that, in the case at hand, the husband had made a reasonable choice in accepting the lower paying job, considering the economic environment at the time of his job hunt and the difficulty in obtaining a similar salary after losing long-term employment. Additionally, the judge determined that it was reasonable to take a job that could provide for payment of the majority of the husband’s support obligation, though not all of it, rather than take the risk of being unable to pay any support by refusing that offer and holding out for something better. As a result of this conclusion the judge reduced the husband’s alimony obligation by approximately 25%, after considering both the husband and wife’s financial situations.

If you need assistance you can trust for an issue involving New Jersey family law, contact the experienced and knowledgeable Union family law attorney John B. D’Alessandro for a consultation on your case, at 908-964-0102.