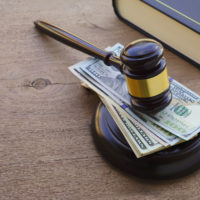 In a recent case before Family Part Judge Lawrence Jones, the court was asked to consider whether a child’s “giftedness” warranted that the supporting parent be required to increase their monthly child support payment, defraying expenses related to that child’s gift.

The case in which this issue arose was titled P.S. v. J.S. The child at the center of the case was a 13-year-old who had shown herself to be extremely committed to becoming an actor, expressing to the court her strong desire to audition for roles in school and community theatre productions. The child expressed that, above any other concerns, the child custody schedule to be designed by the court allow her to attend rehearsals for a play for which she planned to audition. Judge Jones estimated that costs related to the girl’s acting activities amounted to several hundred dollars a year.

The parents had had a very acrimonious and litigious divorce, but both supported their daughter’s pursuit of acting. Neither of the girl’s parents were particularly well-off and had come to an impasse on how to divide up the costs related to the daughter’s acting. The mother, with whom the child lived, had requested that the father contribute additional funds on top of his $113/a week in support, in an amount equal to half of the cost of the daughter’s extracurricular activities. The father argued that this amount had already been accounted for in his weekly support payment. The mother responded that the $113 she currently received covered only the basic costs of raising the child and providing a home for her, and did not cover costs related to acting.

Judge Jones stated that, as a rule, child support calculated according to the New Jersey support guidelines covers costs related to a child’s extracurricular activities. He also noted that the guidelines provide that courts can supplement the guideline-provided amount where a child is deemed “gifted.” The guidelines don’t define how courts should determine whether or not a child has a “gift,” however. Judge Jones reasoned that courts must use the facts of the individual case to determine whether or not a child has a gift. Judge Jones wrote in his opinion, “When the evidence soundly reflects that a child has a highly special love for, and intense commitment to, a particular field or discipline, it is fair and proper for a court to at least consider this factor relative to this child’s best interests.”

He went on to suggest that courts might find a child to have a gift warranting additional support in the fields of academics, athletics, technology, or the arts, but that additional fields in which a child could have such a gift might also exist. The judge found in this case that, while he did not feel able to rate the child’s abilities as an actor, he could see that she had a gift in the form of her “extraordinary drive, desire, focus and commitment to act and perform on stage,” warranting a conclusion that she was “gifted” for the purposes of awarding additional support. Regardless of the child’s gift, Judge Jones ruled that parents cannot be required to pay an amount in support of such extracurricular activities that they cannot reasonably afford to pay. “In other words, a child’s gifts, talents, a (sic) should be financially supported only to an economically reasonable extent,” Judge Jones wrote (emphasis in original). The judge determined that a cap of $500 in theatre-related expenses, with each parent being responsible for half that amount, was a reasonable cap on such costs under the circumstances.

If you are facing a custody dispute or disagreement with a co-parent over the appropriate amount of child support, contact the dedicated and knowledgeable Union family law attorney John B. D’Alessandro for a consultation on your case, at 908-964-0102.