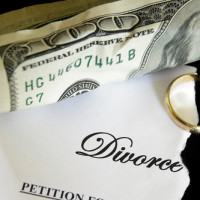 Even when a will isn’t present, widowed spouses are entitled to a certain share of their deceased spouse’s estate, or are entitled to the gift left to them in their deceased spouse’s will. Likewise, divorcing spouses have a right to an equitable share of the couple’s marital assets, to be determined in a settlement agreement or by a family part judge. When a divorced person dies without having revised their will after the divorce was final, and the will contains a gift to their former spouse, generally courts assume that the divorced person did not still intend to leave a gift to their ex, and will distribute the amount of that gift to the estate’s other heirs. However, it becomes trickier to ascertain a deceased person’s intentions when that person dies after filing for divorce, but before a divorce is final and the estate has been divided.

The Appellate Division recently faced this question in a case titled O’Hara v. Estate of John B. O’Hara, Jr. In this case, Emmaline and John, the married couple, had been living apart for a number of years, after having been married in 1955. John had long been supporting Emmaline, and he was aware that Emmaline suffered from a deteriorated mental state making her unable to care for herself. John was estranged from the couple’s only living child, Kevin. Both were in their 80s when Emmaline filed for divorce. Due to Emmaline’s mental state, John was convinced that the divorce was not Emmaline’s idea, but was rather a ploy by Kevin to gain access to Emmaline’s share of John’s substantial financial resources. A guardian was appointed over Emmaline, and while John sought dismissal of the divorce, his request was denied. As the divorce action progressed, John revised his will to leave Emmaline no interest in John’s property, but instead to make her the beneficiary of a trust to provide Emmaline with support and funds for her medical care. Kevin was explicitly disinherited.

The divorce action became contentious, with Emmaline claiming that John had not been honest about the value of the estate, and the court ordering him to participate more fully in the discovery process. John died unexpectedly in April of 2014. Emmaline requested that the court not dismiss the divorce proceeding, and requesting a share of John’s estate. The judge found that it was unclear whether or not Emmaline would receive the same amount from the trust John had created as she would had the divorce been finalized while John was alive. The court ordered that the divorce proceed so that it could determine what Emmaline’s equitable share of the couple’s property should be.

When representatives of John’s estate moved to dismiss the divorce complaint, the court denied the request. The judge noted in her order that, since Emmaline claimed John had not been straightforward about the value of his assets during the divorce action, it was impossible to say what the value of her share should be. In addition, proceeds from a trust would not allow her the same immediate access to the share to which she was entitled as would proceeds from a divorce, and John had already been deemed to owe her thousands of dollars from earlier orders issued during the divorce case, for fees and spousal support.

The court ordered that the divorce needed to proceed to determine the share of the assets to which Emmaline was entitled. On appeal, the Appellate Division upheld this decision. The court’s order noted that, once Emmaline filed for divorce, she had a right to an equitable share of the couple’s marital assets, and the court was bound to determine what that share should be, or whether John’s estate would be retaining an unjust share of the assets if instead Emmaline only received the proceeds of the trust. The divorce was ordered to proceed through the stage of determining the value of all marital assets, despite John’s death.

If you are in need of experienced, dedicated legal help for your New Jersey divorce or equitable property division, contact the seasoned Union family law attorney John B. D’Alessandro for a consultation on your case, at 908-964-0102.