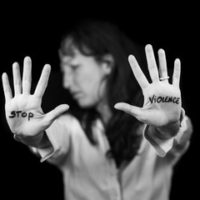 Assaults and harassment were the most common forms of domestic violence reported across New Jersey, representing 43 percent each. Sexual assaults are on the rise as well, having increased from 204 to 223 in the latest report. In 28 percent of all reported incidents, children were either involved or witnessed the event. Alcohol was involved in 22 percent of reported incidents.

Of note, police made arrests in only 31 percent of reported domestic violence cases.

If you have been abused or fear that violence is imminent, get to a safe place and call the National Domestic Violence Hotline at 1-800-799-SAFE, or call 9-1-1 in an emergency. If you need legal advice and representation in a domestic violence proceeding, contact the New Jersey family law attorney John B. D’Alessandro for a consultation on your case, in Union at 908-964-0102.