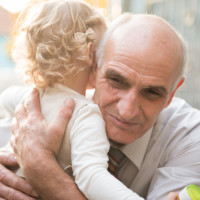 New Jersey Grandparents have had the right to seek visitation with their grandchildren for some time. However, Family Part courts placed limitations on how complex these cases could get, limiting the amount of evidence that grandparents could produce or request from the parents in opposition, and barring experts from testifying in these matters. In a recent decision from the New Jersey Supreme Court, the justices have formally laid out a procedure for complex grandparent visitation cases, granting grandparents an expanded opportunity to fully argue their position before a judge.

The Court went on to outline its changes to the process of reviewing visitation petitions from grandparents. The most important factor in the court’s determination did not change: the welfare of the child trumps the interests of the parents or grandparents. Under the revised procedure, grandparents who believe their case warrants designation as a complex case are now instructed to attach an additional pleading to the required form pleading, laying out any facts and circumstances that they believe show that a child would be harmed should the relationship deteriorate. If the judge believes that the case warrants complex designation, then the case will move forward with greater case management and discovery. Expert testimony, which can become expensive both to present and counter, will be permitted pursuant to a weighing of the competing interests of presenting an accurate case and the costs to the family. The Justices pointed out that trial judges should be willing to dismiss an action that clearly isn’t meritorious, and that they should also push for mediation and arbitration, rather than force a family through an unnecessary court battle. This ruling also makes it even more important that grandparents who are serious about protecting their relationship with their grandchildren find an experienced family law attorney to assist them in filing such a petition.

If you are a grandparent in need of compassionate legal assistance with your New Jersey child visitation petition or another family law matter, contact seasoned Union family law attorney John B. D’Alessandro for a consultation on your case, at 908-964-0102.