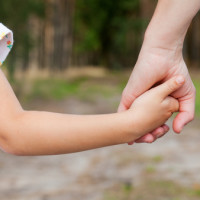 In the matter of Hammond v. Hammond, decided on January 2nd in the Superior Court of New Jersey, Appellate Division, the appeals court upheld a lower court’s denial of a mother’s motion to relocate to Georgia with her daughter, who was eight years at the time the motion was made. Under New Jersey law, a divorced parent may not relocate out of state with the child without approval of the court. This law was designed to preserve the post-divorce relationship between a child and the non-custodial parent, and this consideration lay at the heart of the court’s denial of the mother’s motion.

The judge granted a hearing on the motion, but decided based on the evidence introduced at the hearing that the move would not be in the child’s best interests, and the motion was denied. The mother had claimed she was very unhappy in New Jersey and couldn’t continue living in her Bergen County home, which was awarded to her in the divorce along with nearly $50,000 in alimony and child support. In fact, the home went into foreclosure and was taken over by the bank. The mother works part-time as a ticket agent for Delta Airlines at LaGuardia but feels she could advance her career further in Atlanta where Delta is headquartered.

The father’s testimony at trial showed him to be very active in his daughter’s life. Also, the daughter enjoys a close relationship and spends significant time with her three cousins – children of the father’s sister. The father, who is a police officer in Englewood, suggested that his ex-wife take a job at the Newark airport or take on more hours at LaGuardia to ease her financial burden. The father also voluntarily increased his support payments to help cover marital debts.

The court decided that the move would result in a “considerable change” to the relationship between father and daughter, which would be detrimental to the child. The mother appealed the decision, claiming that the trial court used the wrong test. When both parents share physical custody, the proper test is to consider whether the move is in the child’s best interests. When one parent is the custodial parent, as in this case, the court is to apply the two-part Baures test, where the court determines if the custodial parent has a good faith reason for the move and then if the move will not be adverse to the child’s interests based on a review of twelve different factors.

The appeals court reviewed the record and determined that the trial court properly applied the Baures test and carefully weighed the factors before denying the proposed relocation. The drastic change to the father’s visitation schedule and the impact of the move on the daughter’s relationship with her extended family were chief among the reasons which weighed against the move.