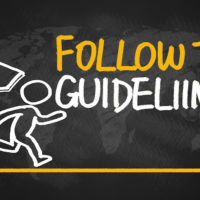 When assessing the appropriate amount of child support, New Jersey courts follow a set of guidelines laid out in the Schedule of Child Support Awards. The guidelines calculate a value based on a combination of the combined net weekly income of the parents and the number of children involved. For example, if the combined net weekly income of the parties is $1,200, and there are two children involved, then the court will consider $287 per week as the baseline support order. The guidelines schedule, however, tops out at $3,600 per week income, which translates to $187,200 per year. A recent New Jersey case illustrates how courts will determine child support after that threshold is reached.

The case of Ianniello v. Pizzo involved a divorced couple and the mother’s motion to increase child support for the parties’ two sons from $10,000 to $75,000 per month. The $10,000 was set out in the parties’ marital settlement agreement, along with other provisions including a property division award of $5.5 million in stock options to the mother. The father’s income ranged from $14 million to $31 million in the years after the divorce, depending on the year. The mother remarried and remained a stay-at-home mother to the two children and a third she had with the new husband.

In 2016, the mother filed the child support modification motion based on the father’s subsequent increase in income. The father countered that his income had not changed substantially, that the motion was really based on the fact that his alimony obligations to the mother were ending, and that, although he could afford $75,000 per month, the current $10,000 was sufficient to meet the children’s needs. The trial court denied her motion, finding that the child support obligation was sufficient and that the mother’s estimated monthly budget was based on things like buying a new mansion double the size of their current home and a country club membership rather than the actual needs of the children.

The appellate court agreed. When faced with an application to modify a child support order, the court will look to the guidelines for child support awards. But, if the combined net income is more than $182,000 per year, the court must apply the guidelines up to that amount and then supplement the guidelines-based award based on the remaining family income and the other factors identified in the court’s rules. The primary concern for the court to address is the “reasonable needs” of the children. “Reasonable needs” extends beyond bare necessities, and children are expected to benefit from the financial success of their parents. But, there are limits, and a wealthy parent is not obligated to pay for every conceivable luxury the custodial parent might wish to indulge. Here, the $65,000 increase sought was not based on any reasonable need of the children, instead consisting of “an extravagant wish-list unrelated to the children’s best interests.”

Notably, the court did hold that a substantial increase in the non-custodial parent’s income compared to that parent’s income at the entry of the award is a changed circumstance sufficient to entertain a motion to modify the child support award. But here, the modification was unmerited.