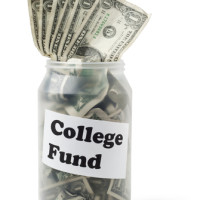 A common inclusion in many divorcing New Jersey couples’ property settlement agreements (PSAs) are clauses which would require the couple to share the cost of their child’s private or college education, when the time comes. These clauses can later become the subject of dispute, especially where education costs end up being higher than anticipated by one of the parties.

In the case of Ferrara v. Ferrara, recently decided by the Appellate Division of the New Jersey Superior Court, the father was appealing the trial court’s decision ordering him to continue contributing to the costs of his daughter’s education at Stevens Tech.

In the parents’ PSA agreement, they had contracted to contribute to their daughter’s education in proportion to their own gross incomes at the time she went to college. The PSA went on, “They shall consult with each other and with their daughter, and shall agree on her choice of educational institution.” While the father and daughter had been attending court-mandated counseling sessions together, these became difficult to schedule when his daughter took a part-time job, and the sessions eventually petered out. Their relationship suffered, and by the time the parties arrived in court, the father and daughter had little to no personal contact.

After this order had been entered by the court, the father unilaterally refused to obey it, sending an email to the mother which stated this and requested a time to meet to discuss other college options for their daughter. The parents returned to court several more times, the father seeking both to order his daughter to apply to different schools and to escape his obligation to pay the costs of his daughter attending Stevens Tech. The father’s requests were denied each time, and he was repeatedly ordered to contribute his share to the daughter’s college costs.

After completion of the daughter’s first semester of college, the trial court caved to the father’s pestering, ordering the parties to meet to discuss other possible college options, but reserving the right to have the ultimate say as to where the daughter would attend university. Ultimately the trial court ordered that the daughter continue attending Stevens Tech, finding that she had been a successful student and, while the father did not have the degree of input he sought in the initial decision, the daughter should not bear the brunt of this by being forced out of her chosen university.

The father, unsurprisingly, appealed this decision, but was again denied his sought-after relief on appeal. The Appellate Division first looked to the PSA itself and, finding that it supported both parents’ contribution to their daughter’s education, and seeing no legal basis to modify the PSA, moved on to examine other factors in deciding whether to order payment of education costs.

Under New Jersey law, a court considers 12 factors to evaluate claims for parental contribution to education costs, one of which is mutual affection between parent and child. The Appellate Division noted that, while this factor was lacking in this case, the father had been the “architect of his own exclusion from his daughter’s life,” in part by including “needlessly strident language questioning her intellectual abilities” in submissions to the court regarding her choice of university. The court further found that a relationship between the contributing parent and child is not required to order a parent to contribute to the costs of his child’s education, but is simply one factor to consider. While the court acknowledged that the PSA required the parents and child to “consult and agree” regarding the child’s choice of university, the appellate court respected the trial court’s decision, based on the evidence before it, that the parents could afford to pay for the daughter’s education at Stevens Tech, the daughter was capable of success at that school, and that the parents ultimately had a duty to “honor their financial commitment consistent with the standard set forth in their PSA.”

If you are searching for legal assistance with your New Jersey divorce or custodial support dispute, contact the experienced and compassionate Union family law attorney John B. D’Alessandro for a consultation on your claims, at 908-964-0102.