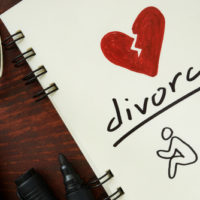 Moving on after a divorce is never easy, and building a new life with your children when you’re bound to remain in the same geographic area as your former spouse for custody-sharing reasons can make it even harder. Career developments, wanting to live closer to family, or relocating for a new spouse can all serve as pressing reasons to move away from the area where you spent your married life. In a recent opinion from the Appellate Division of the New Jersey Superior Court, the court addressed a relocation request from a primary custodial parent where it appeared that that parent may have negotiated the divorce and custodial agreement in bad faith.

The decision in question was issued in a case titled Taormina-Bisbing v. Bisbing. The couple at the center of this case had reached a settlement agreement in April of 2014 that granted the mother primary residential custody of the couple’s two children, but granted liberal custodial and visitation rights to the father. The settlement also included an agreement that the parents would not relocate farther than a 15 minute drive from one another if at all possible, and that any requests to move more than 20 miles from one another would result in a return to mediation of the custody arrangement. Nevertheless, in January of 2015, the wife contacted the husband requesting permission to relocate from New Jersey to Utah with the children, so that she could marry a resident of that state. The husband objected. The wife filed a request to relocate in court in March of 2015, which was granted without a hearing, on the condition that the parties establish a visitation schedule through mediation. When mediation was unsuccessful, the mother took the children on a vacation to Utah, which became a permanent relocation to Utah. The father appealed the Family Part’s decision, and the Appellate Division reversed the granting of the mother’s relocation request.

When a parent submits a relocation request to a New Jersey court, the court considering the request will use one of two standards to decide whether or not to grant it, depending on the division of custody:

A) If custody is equally shared between the two parents, the court will grant the request only where the requesting parent can show that the children’s best interests will be better served by the moving parent holding residential custody. This is the more challenging standard under which to have a relocation request approved.

B) Where the request to relocate is being made by the primary custodial parent, the requesting parent must show that there is both a good faith reason for the move, and that the move won’t be harmful to the children’s interests, when considering twelve factors such as the reasons for the move, whether any special needs the child may have will be met in the new location, and whether a visitation schedule for the other parent can be formed. This standard tends to be more favorable to the requesting custodial parent.

As a result of these differing standards, courts are wary of parents who may have negotiated to hold primary custody of their children during a divorce settlement when in fact they intended to relocate all along, so as to obtain the easier path to relocation, even though they made it appear as though the move was unexpected. While the court did not decide conclusively that this is what had happened in Bisbing, the Appellate Division sought to address this deceptive behavior. The Appellate Division ruled that courts should first hold a hearing to determine whether or not a custody settlement quickly followed up by a relocation request was negotiated in bad faith. If bad faith was present, the court should apply the harder “best interests” standard to the relocation request. If the court does not find bad faith, the requesting party should then be required to prove that the relocation request was made in response to a “substantial unanticipated change in circumstances.” If the requesting party can’t show that the change in circumstances was unanticipated, even where both spouses negotiated in good faith, the court will apply the “best interests” standard to the primary custodial parent’s relocation request.

If you are facing a divorce or custodial dispute in New Jersey, seek out experienced, compassionate, and dedicated legal assistance to handle your case by contacting Union family law attorney John B. D’Alessandro for a consultation on your case, at 908-964-0102.