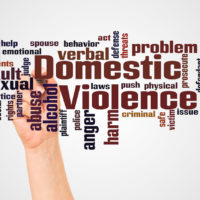 Domestic violence can take many forms. In addition to physical violence, New Jersey’s 1991 Prevention of Domestic Violence Act (PDVA) prohibits actions such as harassment, burglary, stalking, robbery, sexual assault, false imprisonment, and threats. The PDVA also applies to a wider scope of domestic relations beyond married couples, as evidenced by a recent New Jersey court opinion. Read on to learn the details of the case, and contact an experienced New Jersey domestic violence family law attorney with questions about a domestic situation in your life.

In order to be issued a restraining order under the PDVA, however, the plaintiff had to demonstrate that the nanny was a current or former “household member.” According to New Jersey precedent, there are six factors a court must evaluate in order to determine whether parties qualify as household members for the purposes of the PDVA:

Here, the court found the defendant lived with the plaintiff for seven months and had insight into the nature of the plaintiff and the child, which rendered them vulnerable to attacks by the nanny. The court emphasized that the economic relationship between the parties did not cut against their relationship as “household members.” The PDVA is meant to be interpreted broadly in order to protect against abuse in an ever-widening array of relationships and forms of communication. The nanny was a household member, and the plaintiff was entitled to a restraining order based on the nanny’s harassing conduct.

If you’re in need of compassionate, dedicated, and experienced legal help with domestic violence, custody, divorce, or another family law matter in New Jersey, contact the Union offices of family law attorney John B. D’Alessandro at 908-964-0102.