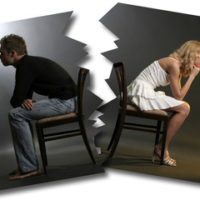 Clients often consider whether a “trial separation” period can be good for their marriage. A separation period can help a married couple reorient their priorities and either ultimately decide to reunite and try again, or at least come to the divorce process with a cooler head to make the process amicable and run more smoothly. Couples in New Jersey who want a formal arrangement do not have the benefit of court-backed legal separation, but there are methods to create some legal protections while remaining officially married.

Some states such as California have a legal status that is somewhere in between married and divorced known as “legally separated.” A married couple can file for legal separation and have a court order, similar to a divorce order, that lays out the rights and responsibilities of each party with regards to finances, property, child custody, etc., but leaves the couple legally married. This can be beneficial for some couples by, for example, allowing them to keep their current health insurance coverage. Additionally, ”reconciliation” after legal separation is a more simple process than remarriage. Even in those states, however, physical separation is not “legal” separation; a court order is still required.

In contrast, New Jersey offers no court proceedings to become legally separated. Spouses in New Jersey can, however, create what is essentially a legal contract called a separation agreement. Under these agreements, the parties agree to remain married while they work out their marital issues, until they decide to reconcile or divorce. A separation agreement can include arrangements on issues including child custody and parenting time, child support, temporary alimony, payment of bills, management of joint finances, and others, while keeping the couple married for tax, health insurance, and other financial purposes.

Parties need not be physically separated to execute such an agreement; they can continue to live under the same roof if it makes better financial sense. The couple can draw up this contract on their own, or more safely with the assistance of a family law lawyer, and have the contract signed and notarized without the need to go to court. The terms become legally binding, and if either party violates the terms of the agreement, the other spouse can sue to have the contract enforced. Additionally, if the spouse ultimately gets divorced, separation agreements often include provisions that they be incorporated into any final divorce order.

There are dangers to separation in advance of divorce. It can give unscrupulous spouses the time to hide valuable assets before an official divorce proceeding begins. If significant debt is incurred during the separation period and the agreement does not specify how to deal with it, then it may end up as shared marital debt subject to the divorce.

Additionally, it is important to note that a “trial separation” without any written contract will likely offer little to no legal recourse for a spouse if the other spouse violates the terms of their agreed-upon separation. While physical separation can be a healthy process to help the marriage or ease into a divorce, the couple is for all intents and purposes still married. So, for example, if one spouse enters into a romantic relationship with a third party during a trial separation, that extramarital activity can have negative consequences during an eventual divorce proceeding. Additionally, any income or assets obtained, or debt incurred, during this separation period will still be considered marital property.

If you are considering divorce and need experienced legal help evaluating and resolving all of the related issues, contact the skilled and effective New Jersey family law attorney John B. D’Alessandro for a consultation on your case, in Union at 908-964-0102.